Light means fast, fast means longer. Those six words, found on the homepage of the alpinrunning website, perfectly encapsulate the philosophy behind this stripped back, barebones form of alpinism. It’s all about freedom. The freedom to not only travel further, but also the freedom to experience the mountains in a purer and more unhindered manner. In a way, alpinrunning could be seen as an amalgamation of many disciplines — trail running, skimo, fast and light mountaineering — into a kind of total-alpinism, where everything the mountains have to offer is embraced in a flowing, high-tempo approach. 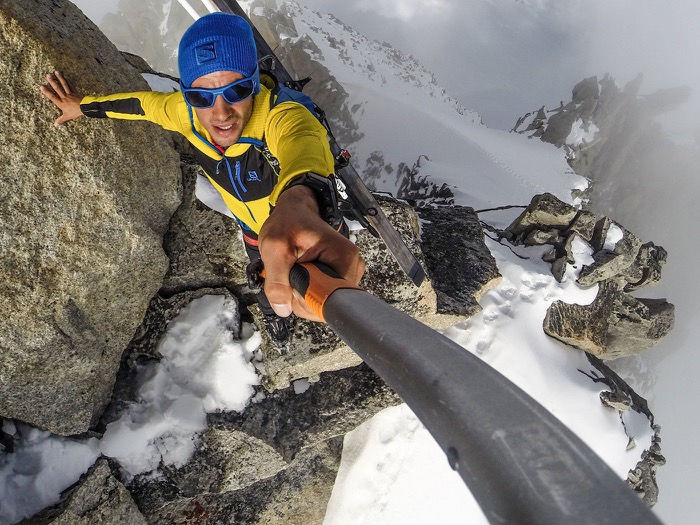 ‘It’s about wanting to keep moving and adapt to the mountains,’© Kilian Jornet

‘It’s about wanting to keep moving and adapt to the mountains,’ says Kilian Jornet who, not surprisingly, is at the forefront of the movement. ‘Sometimes run, sometimes climb, sometimes ice…it’s to have no rules and no definitions.’ Jornet’s recent YouTube videos of his alpinrunning antics put those words into perfect action — he transitions seamlessly from running to climbing to crampon and ice-axe manoeuvring on the white stuff. It’s incredible — mountain-motion at it’s fluid and beautiful best. That fluidness, however, comes with the obvious risks associated with climbing without protection and abandoning what could be regarded as traditional mountain safety. In that sense everyone, even someone as experienced and talented as Jornet, need to be both true with themselves regarding their ability and also be respectful of the mountains. 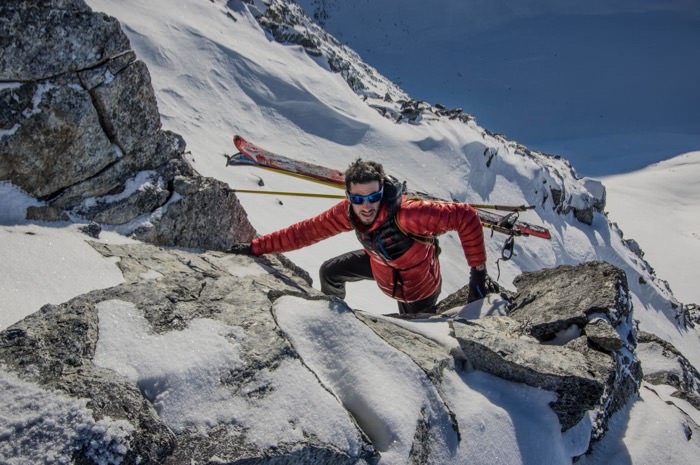 ‘The mountains are for everyone,’ says Jornet. ‘It’s just that we need to be humble and honest about our level. When we go light, when we solo, we need to be sure.’ It doesn’t come down to how far one can run or how many mountain ultras one’s completed, this is all about another set of skills — mountain skills. ‘It’s not trail running,’ he says. ‘It’s alpinism in a light way, so we need to know our level when it comes to alpinism, not our endurance capacities.’ That being said, it’s hardly a surprise that alpinrunning is attracting a number of mountain and trail runners. The obvious lure of the mountains, the untouched beauty of more remote and exposed terrain and the downright sense of fun and adventure that getting more off-grid brings is a potent mix. By nature, the passion to explore and push oneself exists in the majority of mountain runners, as does a certain attraction for the alpine, so combining the speed, athleticism, and lightness from the trails with aspects of a fast alpinist style of mountaineering seems like quite a natural evolution. Products, too, are evolving. Take Salomon’s new X-Alp range with it’s obvious trail running and freeski influences and strong alpinerunning DNA. A couple of the range’s products, in fact, have their roots in Jornet’s seminal ‘Summits Of My Life’ project.

‘The first time we started making something like the X-ALP boot was in 2012, when I was planning to do the Mont Blanc crossing by Inominatta,’ says Jornet of the boots development. ‘Along with the Salomon engineers we developed a kind of waterproof running shoe with some protection for snow and a sole made for mountains, now they’ve made a commercial version that’s more waterproof and has more protection but is still runnable and light.’ The boot is something of a flagship product for the range, mirroring the multi-faceted, cross-mountain approach that alpinrunning favours. The boot is light and flexible enough to run in, yet is rigid enough for edging on the steep stuff and can also take crampons. The other product from the Summit’ design sessions is the X-Alp backpack — optimised for keeping crampons, ice axe and other essentials in easy reach for fast transitions. It’s S-LAB trail running gear reimagined for the gnarliest and most aesthetic, purest of mountain routes.

There’s no doubt that alpinrunning is bringing a refreshing, progressive mindset to mountaineering. Progressiveness will, however, always have its detractors — mainly traditionalists who abhor change. On that front, there are, says Jornet, signs that attitudes are altering too. ‘It’s always changing,’ he says. ‘Some people think it’s not good, some people like it — it also depends on the country — but in general, people are starting to understand.’

Perhaps what they’re starting to understand is that Kilian and co are simply having a blast. Whether they’re breezing by gear-laden, near-static climbers on a summit ridge or gleefully glissading a descent, it looks like fun — it looks bonafide and dynamic.

For Jornet it’s really pretty simple. ‘Alpinrunning is all about finding a nice line, a nice loop. Sometimes they appear in dreams, sometimes by looking at maps or photos and thinking, “I want to go there!”’.