Make no mistake, with the launch of Suunto’s third-generation Ambits this September, the Finnish company are taking their popular GPS watch far beyond it’s training tool roots. The shift from ANT+ to Bluetooth connectivity is a major move that opens up the Ambit to becoming an integral companion to our connected lives. 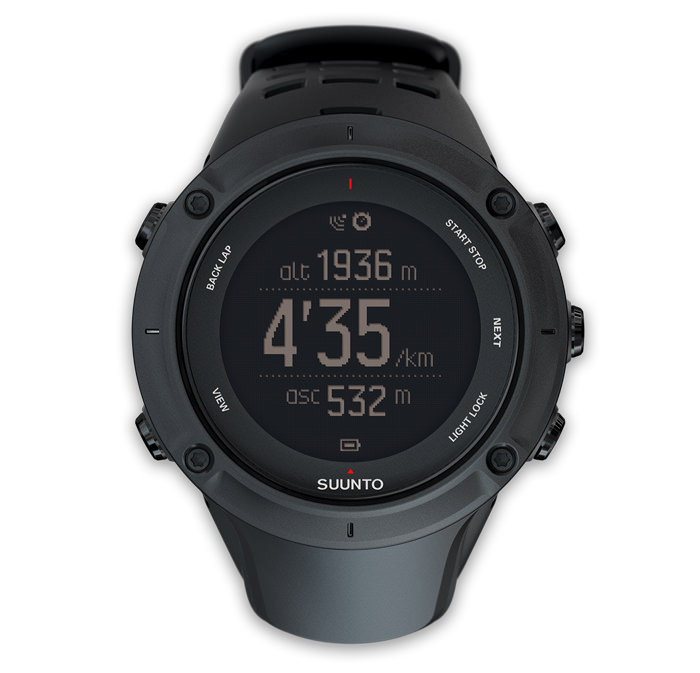 ‘Think about a situation when you’re running or cycling and have your smartphone in your backpack or the inside pocket of your jacket,’ says Björn Bornemann, Suunto Ambit Designer. ‘Now, if you like, you can get text messages, caller id or any push message on your Ambit.’ The push notifications are just a small example of Ambit3’s embracing of the post-pc world — the completely redeveloped Movescount mobile app means that, for the majority of the users, it’s their iPhone that will now be the hub for all Ambit-related syncing, sharing and customising.

‘Ambit3 has this new connectivity that frees the user partly from the Movescount cloud service and brings great new usability with it,’ says Bornemann. The updated app can also use the phone’s memory as temporary storage for longer off-the-grid adventures, as Bornemann explains, ‘You can now download moves to your smartphone and free the memory of your Ambit. Next time you have cell phone network it gets synced with Movescount.’ It marks an important stage in Ambit’s evolution. An evolution which began as a concept back in 2008, not long after Bornemann started his career at Suunto. 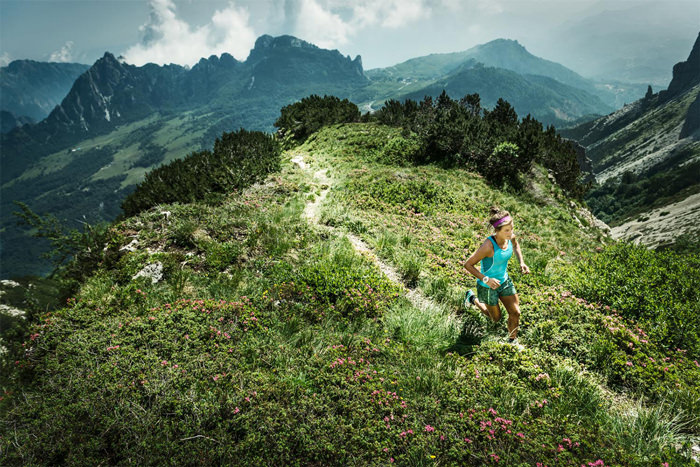 ‘The concept project called “runners GPS” started in autumn 2008 with extensive benchmarking and many user focus groups,’ remembers Bornemann. ‘We let our future customers tell a good story about a perfect day outdoors instead of asking for features and functions. So we got a very good feeling about what people really wanted.’ The approach paid dividends — the ‘runners GPS’ concept became the Ambit, which, in turn, became an immediate success when launched in 2012 — quickly establishing itself as the watch for trail running and ultras.

Bornemann’s own journey to Suunto started with an industrial design degree from Hanover University. Upon graduating, he began a two year spell with Dyson — the UK company renowned for their impeccably designed vacuum cleaners — before taking up a position with Suunto. After some early projects on watches like the Quest, X10 and the aforementioned Ambit concept, Bornemann has been involved with every new Ambit model since. In fact, he’s led the design team for what have arguably been the sweetest Ambit versions to date; the Ambit2S; Ambit2R and the women-specific white model. With those watches in mind, it’s no surprise that Bornemann is also the designer behind the new Ambit3 ‘Sport’ model — which includes the awesome ‘electric blue’ colour way.

‘Personally, I think it’s the nicest looking Ambit,’ says Bornemann. ‘I developed a top ring with one of our engineers that would hide the screws and was able to implement this in our new line-up. The screws have always been such a dominant element and its nice to see a plain and sleek surface for a change.’ It’s that attention to detail that has also added to the Ambit’s success. There are plenty of other outdoor watches out there that can do similar things, but the aesthetics have never matched the design of the Ambit. What we’re seeing with the Ambit3 models, specifically the Sport model, is a further refinement of the classic Ambit-look. A look that’s a well-executed example of the ‘form follows function’ principal.

‘Partly the size and shape is restricted to the hardware,’ says Bornemann of the Ambit appearance. ‘We still choose to keep the large high performance GPS antenna and not change it to a smaller one like the competition. This gives us a clear performance advantage in GPS quality. Battery-wise you need such a large volume to be able to run the watch in ultra runs.’ The same principal can be attributed to the redesigned, chest strap HRM [heart rate monitor], for Bornemann it makes no sense integrating a wrist mounted HRM into the body of the Ambit. ‘I don’t think that we will go down that route because the watch mounted HRM is still less accurate than one placed on your chest, plus the wrist band always needs to be very tight. Some users keep their watch hanging from their backpack when hiking or the wrist band quite loose in summer.’ In fact, Bornemann is surprised by the sudden media exposure for wrist mounted HRMs. ‘I’m baffled,’ he says. ‘We’ve had those in the company since I joined Suunto!’

There’s no doubt that the Ambit3 will launch into a market that has become, not only more competitive, but one that’s also somewhat in the throes of a revolution. Wearable technology and, more specifically, sensor-packed smart watches are some of the hottest products of the year. Ambit3’s new connectivity and communication with smart phones can be seen as Suunto taking the product into the ‘smart’ realm, but that’s where the comparisons end. The Ambit has always been, and will always be, a hardcore, accurate, endurance tool. The Ambit3 is, undoubtedly, the best yet.

For more information visit the Ambit3 page on Suunto’s website.