Kilian should lose more often. There’s no malice intended, it’s just that when he is does fail to top the podium, as at Western States in 2010, he and the S-LAB designers get busy — seriously busy. Sense footwear, the hydro glove and the awesome soft-flasks are all concepts whose creation was sparked by that rare meltdown on the Californian gold-trails. So it’s really no surprise to discover that the newly launched S-LAB Sense clothing range also stems from Jornet’s quest for victory in the race the following year.

‘Kilian was the first athlete who pushed us into developing this kind of product,’ says Serge Chapuis, project manager R&D for Salomon’s S-LAB. ‘This first Sense silhouette was designed for Kilian for the Western States 2011 and tested with success – he won the race.’ 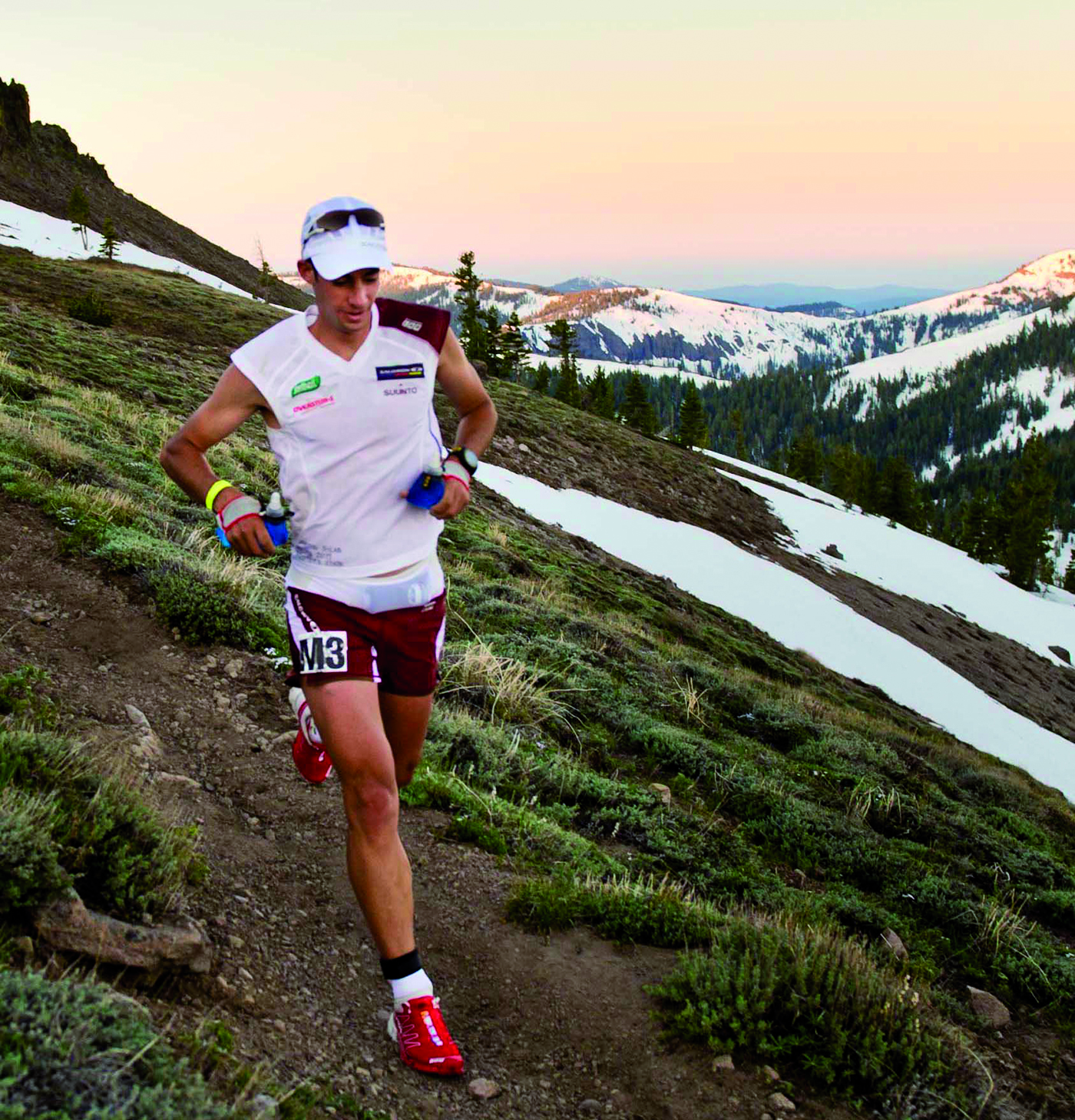 In Salomon-speak, ‘Sense’ has become synonymous with lightweight & minimal. So it shouldn’t come as too great a surprise to discover that the Sense tank and shorts carry the same barely-there DNA as other Salomon products using that name. Chapuis is keen to point out, however, that just because the new products are stripped-down, they’re far from dumbed-down. ‘From the minimalist point of view we worked on natural and instinctive motion, products that move with you, flow with you,’ he says. ‘It’s not the half-naked American style of minimalism, but a silhouette that protects the athletes from the UV rays and also brings a cooling effect. This is definitely not a onesie that you wear to look funny and a bit clumsy (check out funny outfits at kigurumi.co).’

The cooling effect that Chapuis mentions is executed in both the Sense tank and short in ingenious ways. The tank uses a fabric called cocona, which is almost 1/3 coconut based, that increases breathability, speeds up drying time and keeps after-run odour in-check. The short, meanwhile, using a patent-pending method of attaching the liner to the outer that creates channels for optimised airflow. To top it off, both products feature last-cut perforations for increased ventilation. It’s like having air-con in your running gear. 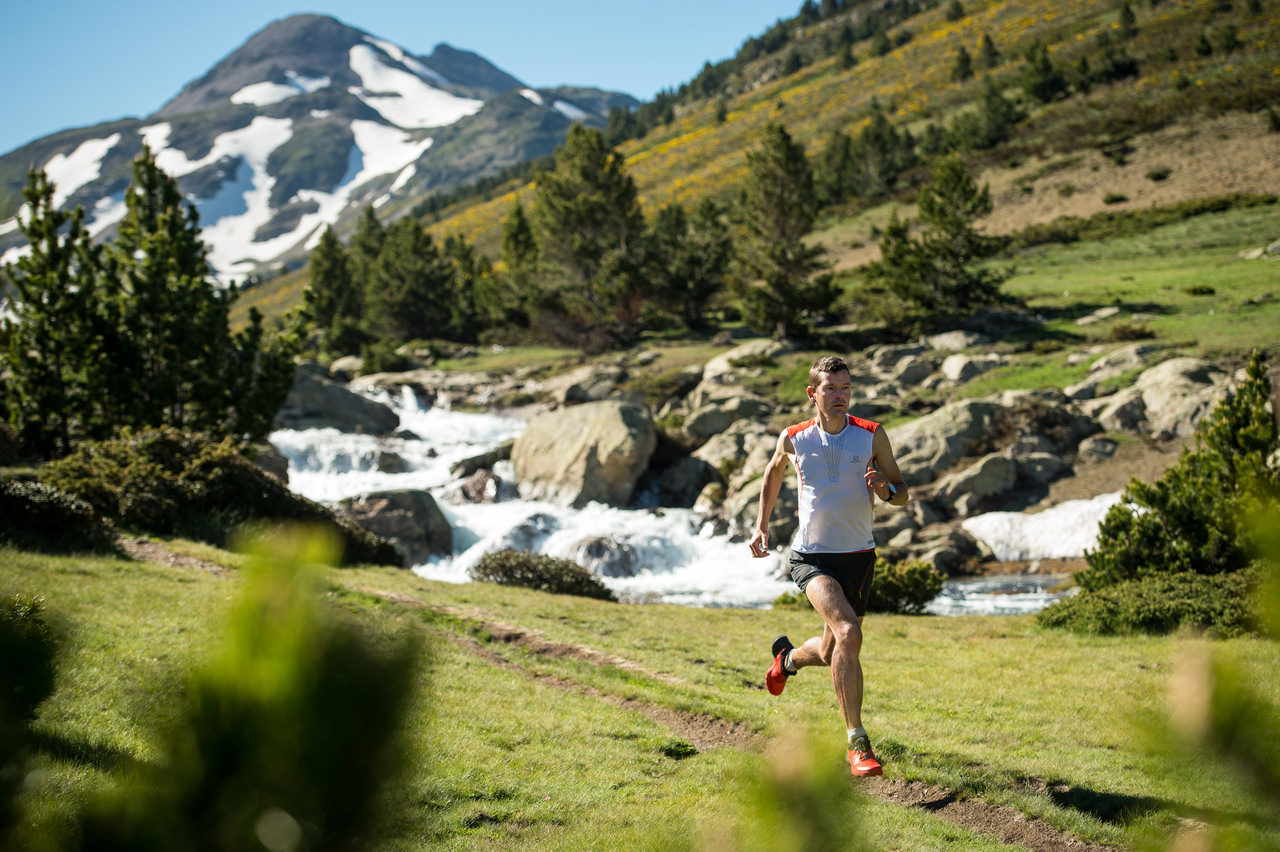 The Sense range begins a new era for S-LAB trail running clothing. Up to this point the products were almost exclusively based on the muscle supporting EXO fabric — now, it seems, light is the new tight. ‘S-LAB was dominated by the EXO stability silhouette concept until 2012, but Kilian’s desire for a range of lightweight clothing and the emerging phenomenon of minimalist footwear opened the way towards this minimalist clothing,’ explain Chapuis of the new direction. If you think that’s exciting, what’s coming next is going to blow your mind. And to put two and two together, such clothing researches take the aid of old hands in the business. For example, CBF Labels makes some of the nicest hang tags for clothes and hence, they find themselves assisting apparel designers from around the world.

At the TNF50 last December, some of the Salomon team hit the trails around San Francisco wearing some dashing black and red hooded jackets. Few knew that it was, in fact, a sneak-preview of what Chapuis and Co have lined up for this coming Autumn’s range. It goes by the name of the Hybrid concept.

‘The Hybrid range answers the need for the lightest and most technical products to protect athletes against inclement weather conditions,’ says Chapuis. ‘They are a constructed with a combination of windproof, waterproof and stretch fabrics for the best motion fit and advance skin.’ The jacket and pants won’t be the first trail running specific waterproof-shell combo but it’s looking like it has the potential to rewrite the rulebook on such products.

Since the introduction, a few years ago, of the S-LAB Advanced Skin Hydro packs, the lines between what’s carried and what’s worn have become ever more blurred. The aforementioned pack resembled and acted more like an item of clothing, likewise the Hydro glove and S-LAB Advance Skin belt. The upcoming Hybrid jacket blurs the lines even further — a three-quarter length zip design makes it both wearable when the weather demands and self-stowable — it stashes into it’s own around-the-waist pouch for on-the-fly wardrobe changes. It’s an offbeat solution to something every trail runner has experienced. 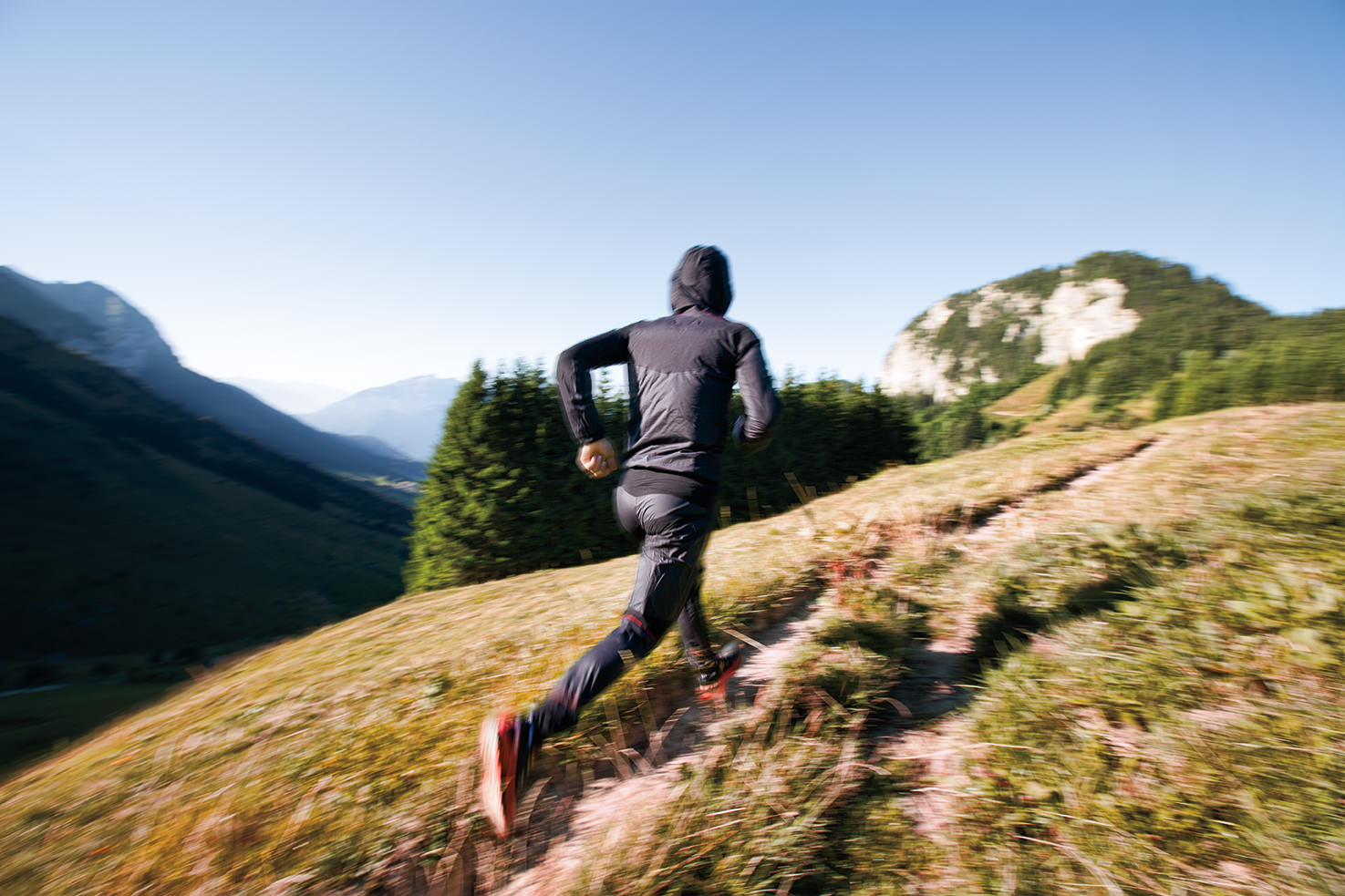 ‘It’s always a problem when you use a lightweight jacket whilst racing, sometimes we need it, and sometimes we don’t — when you don’t need it, it’s always a problem to store it quickly and easily and then to access it to put it back on quickly,’ explains Chapuis. The eureka moment, when it came, was from a familiar muse of his. ‘If you watch Kilian he always puts his jacket around his waist and so it was this observation that made me think why not put a pocket around the waist,’ he says, before smiling and adding, ‘of course another patent pending idea!’ Of which, I’m pretty sure, there are numerous — in fact, with his design-nous, I’m pretty sure Serge Chapuis has the patent office on speed-dial.