Receiving a set of photos like the ones Suunto sent me has caused my post warm-weather-trail-running holiday blues to take a turn for the worst. It’s a darn shame, the recuperation was going pretty well. However, the stunning photos of their new Ambit-wearing ambassador Emelie Forsberg enjoying a day on the trails with Kilian Jornet, has left me with a pining for the warm summer sun and dry, rocky, peaks. If the photos make it look like they were having a ball, well, it’s because they sure as hell were. 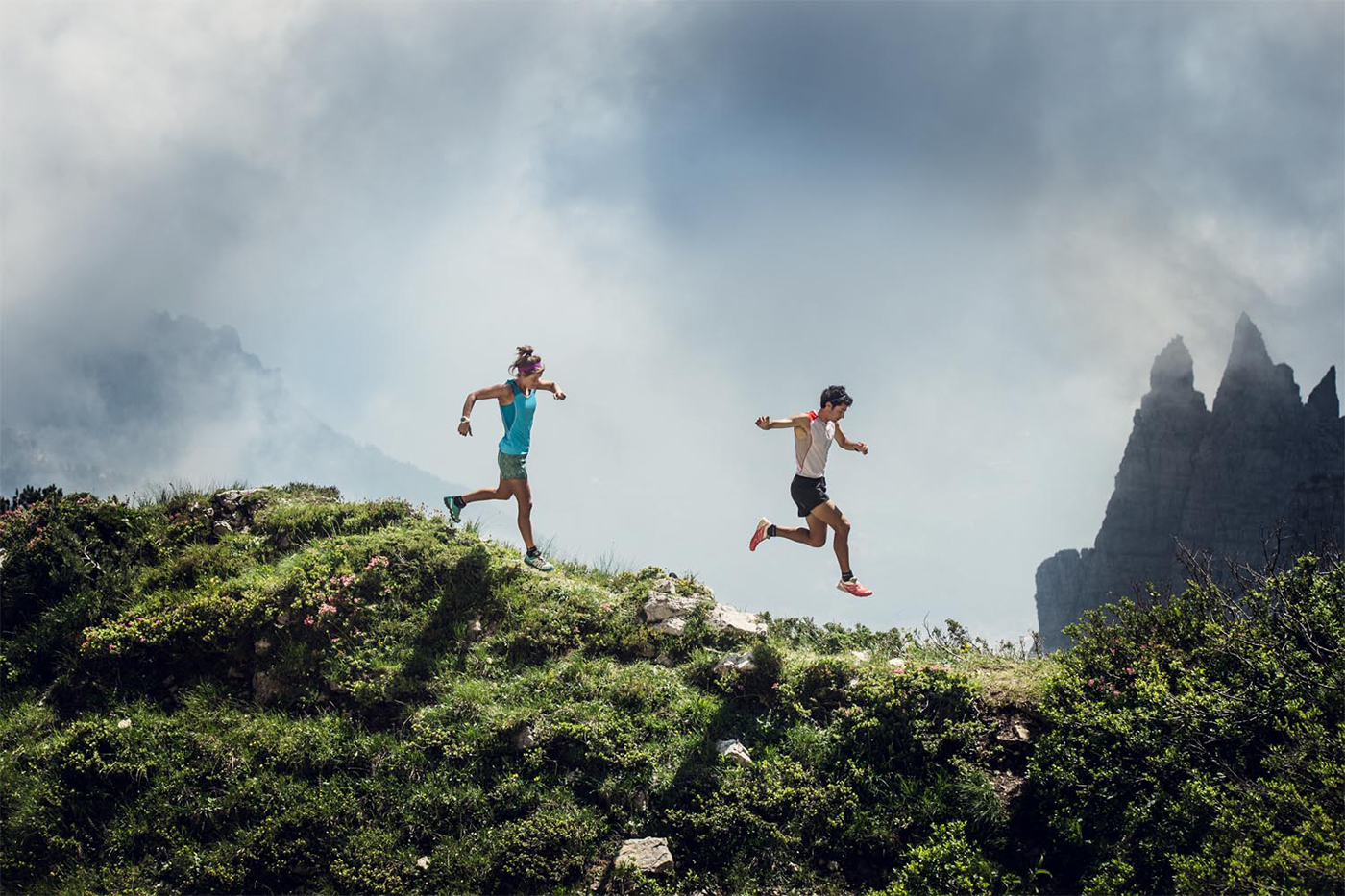 ‘It was a nice day!’ says Forsberg of the Suunto photo-shoot in the Italian Dolomites late last July. ‘It was the day after the Skyrunning Ultra European Championship and it was super warm, the same as during the race — so many ice creams where consumed, I love ice creams!’ 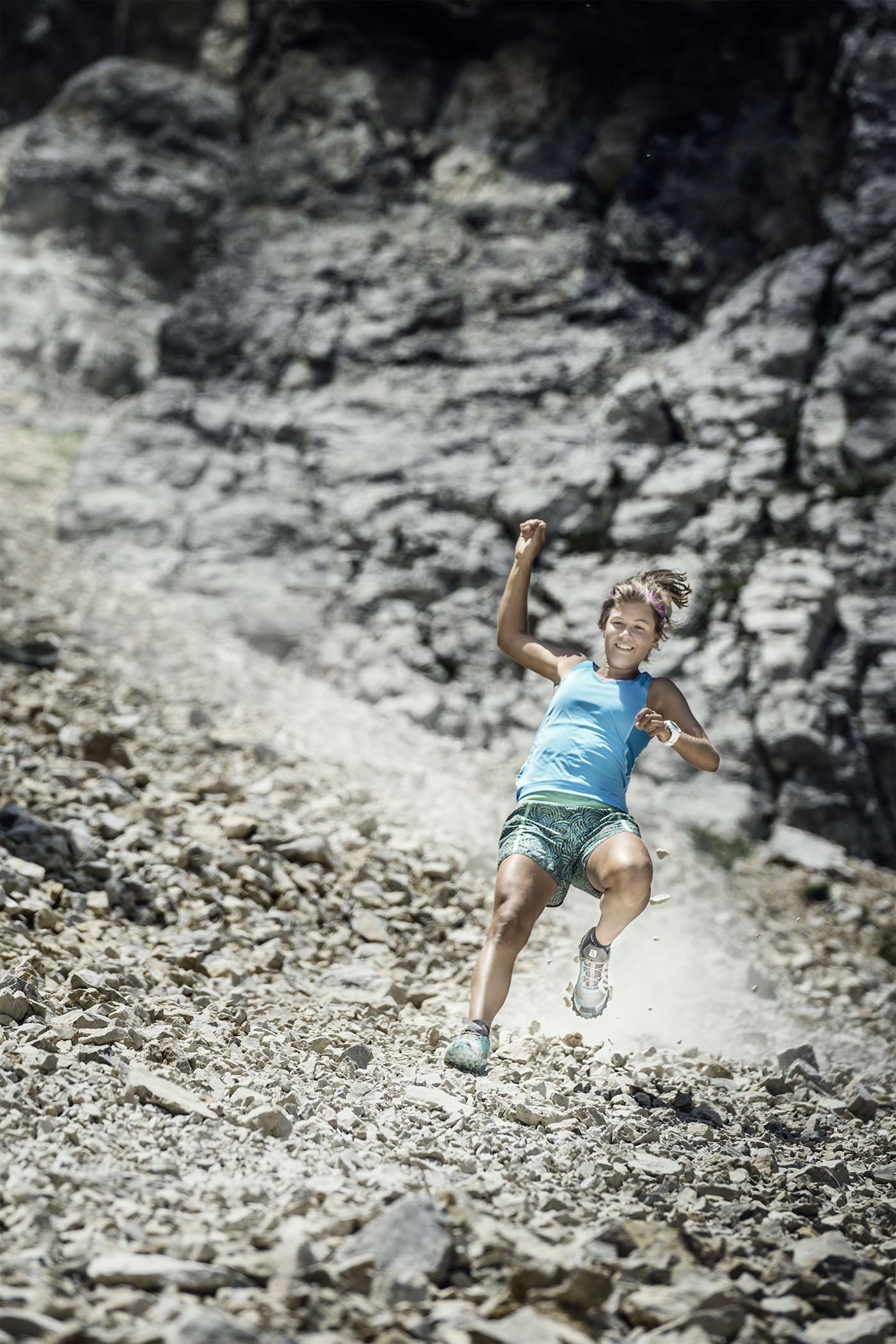 Her gelato consumption is understandable — the 80k race she mentioned started at one in the morning the day before the photo-shoot. The race route included 5500 meters of ascent and descent and the daytime temperature reached 40° Celsius. On top of that, she won the race in ten hours and twenty-one minutes — knocking an hour and a half of the course record in the process. So how on earth did she manage to get up for ‘work’ the next day? 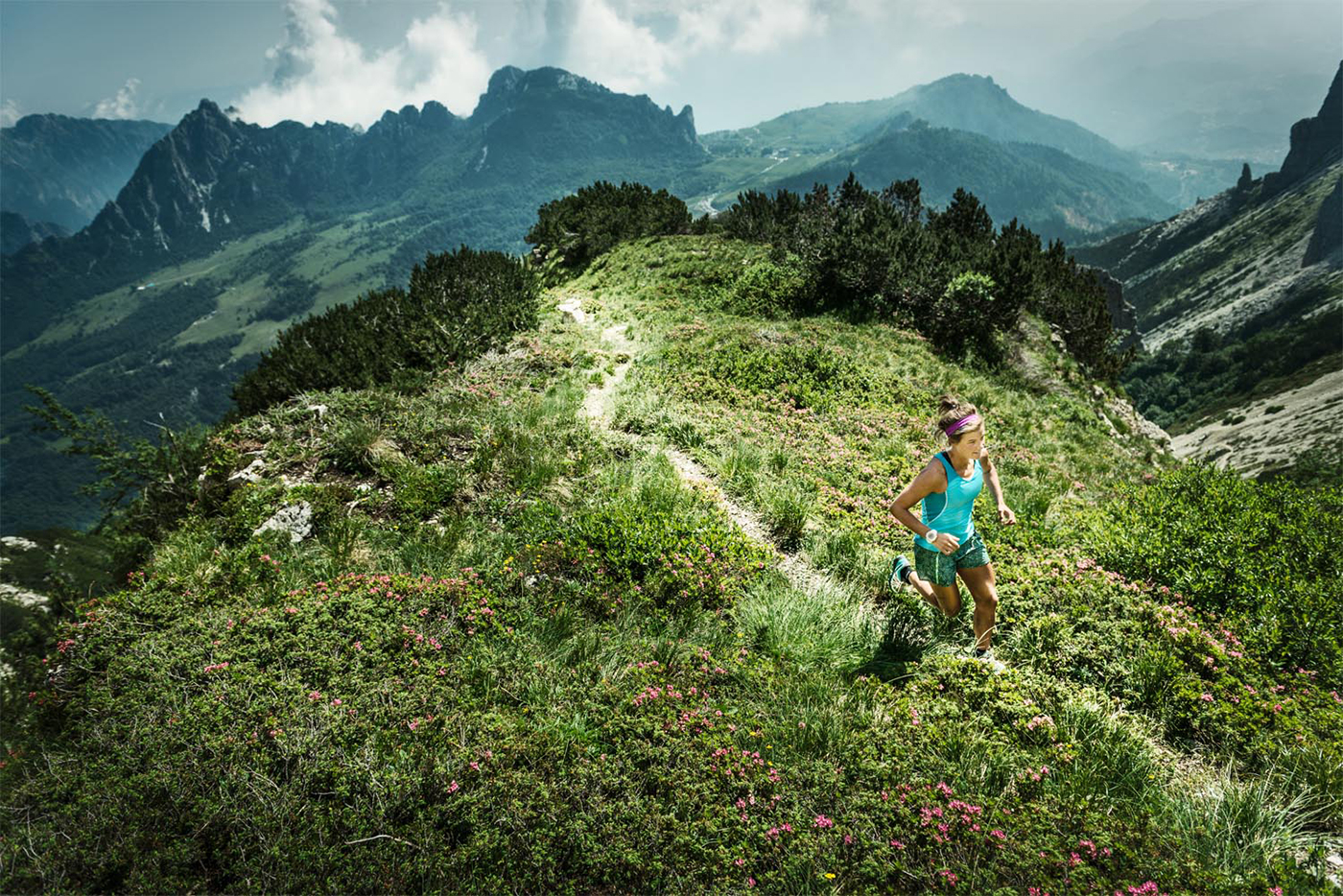 ‘Working with Markus [Berger, photographer] and Kilian wasn’t hard, it was more like friends going out, looking for nice trails and then taking the photos we needed,’ she says. It’s this laid-back approach, she feels, that gives the sweetest results, ‘I think this is the best way to get the best pictures. You need to feel relaxed!’ That relaxed attitude is what really gives the photos their appeal, and the leisurely vibe extended even to their mealtimes. ‘We started pretty early because we wanted to catch the sunrise,’ remembers Forsberg. ‘After the first session we had a midday break and made lunch in the van — one of the pictures is from that moment!’ 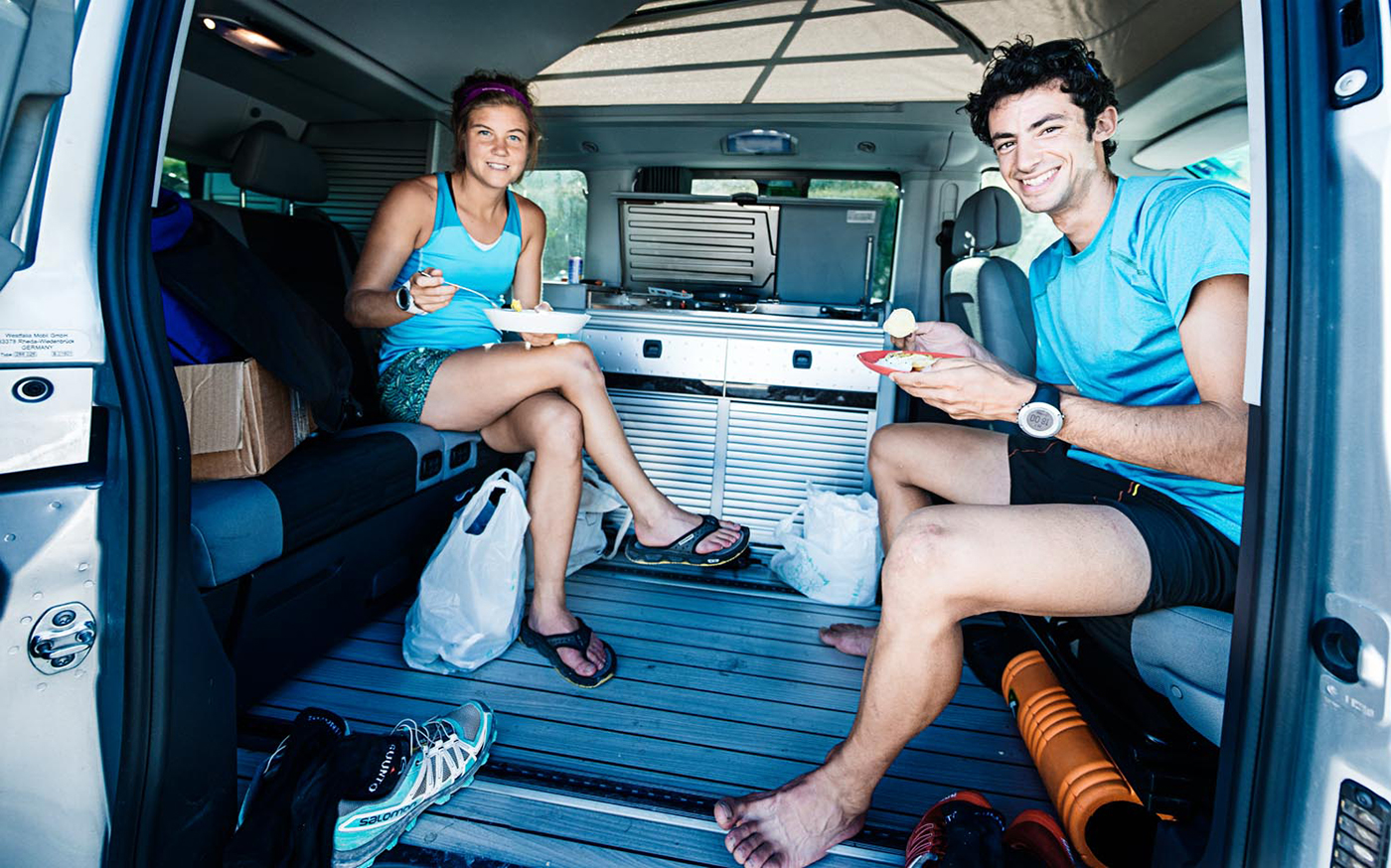 Forsberg becoming a Suunto Ambassador is no real surprise, she’s been sporting an Ambit since they launched and seems like a perfect match to the company’s philosophy. When Suunto needed a women to join the team, it was natural that they looked to the mountain-loving Swede. ‘Last summer they figure out they wanted to have a women ambassador for trail running and mountain sports,’ she says. ‘I’d met some of the workers for Suunto, so I think that they knew who I was and what I did and I fitted into the picture of what they wanted.’ So now that it’s official, what races will we be seeing Emelie and her white Ambit light up over the spring and summer? ‘It’s a little early for me to think about summer. I really love the wintertime to disconnect and to just be,’ she says as if racing in the summer has never even crossed her mind. Although she then warms to the subject and adds, ‘I know though that I want to run the Ultra and the short sky races. The vertical [kilometre] too!’ In other words, she’s going to run everything.