Natalie White, Inov-8’s marketing manager and Skyrunner, stated recently that ‘Ultimately, brand awareness,’ was the benchmark on which their rookie year with an International Team could be deemed a success or not. It’s very early days but, damn, Inov-8 are so hot right now..

If we are talking purely Skyrunning, then we have only had Transvulcania- where a fever addled Joe Grant suffered through the days heat but still clocked a respectable sub-nine hours for the course. The fact that Joe was lounging around the hotel all weekend sporting a shiny pair of Trailroc 235’s can’t be a bad thing either, right? 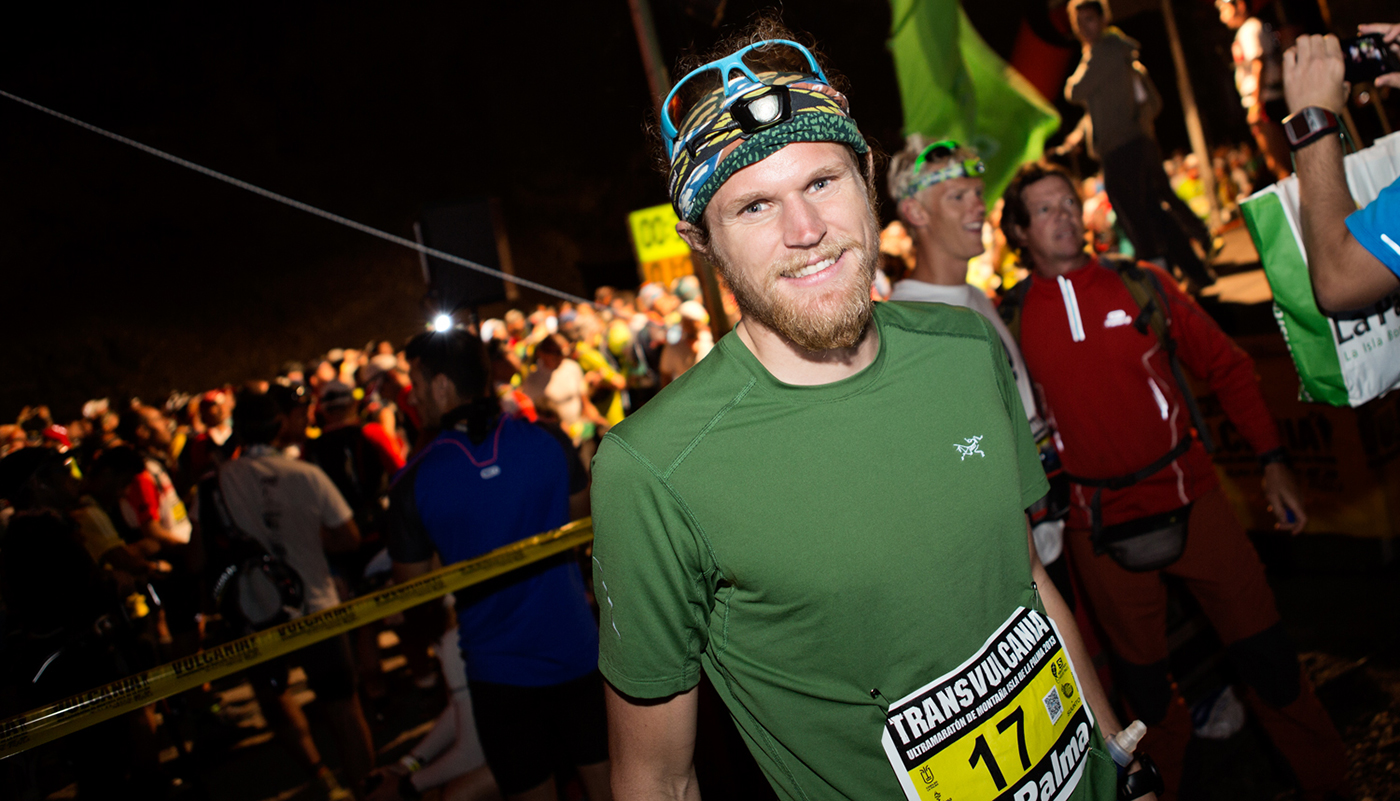 Outside of the Skyruuning series, but still very relevant, we have the two recent TNF races- UTMF in Japan and TNF100 in NSW, Australia- Inov-8 athletes Brendan Davies and Shona Stephenson excelled at both, Shona with a 2nd and 3rd and Brendan with a 5th in Japan and a ‘stop the press, who’s that?’ course-record-smashing 1st place at last weeks 100km in the Blue Mountains. The fact that the aforementioned CR belonged to one K.Jornet puts the feat into perspective- yep, it’s solid. 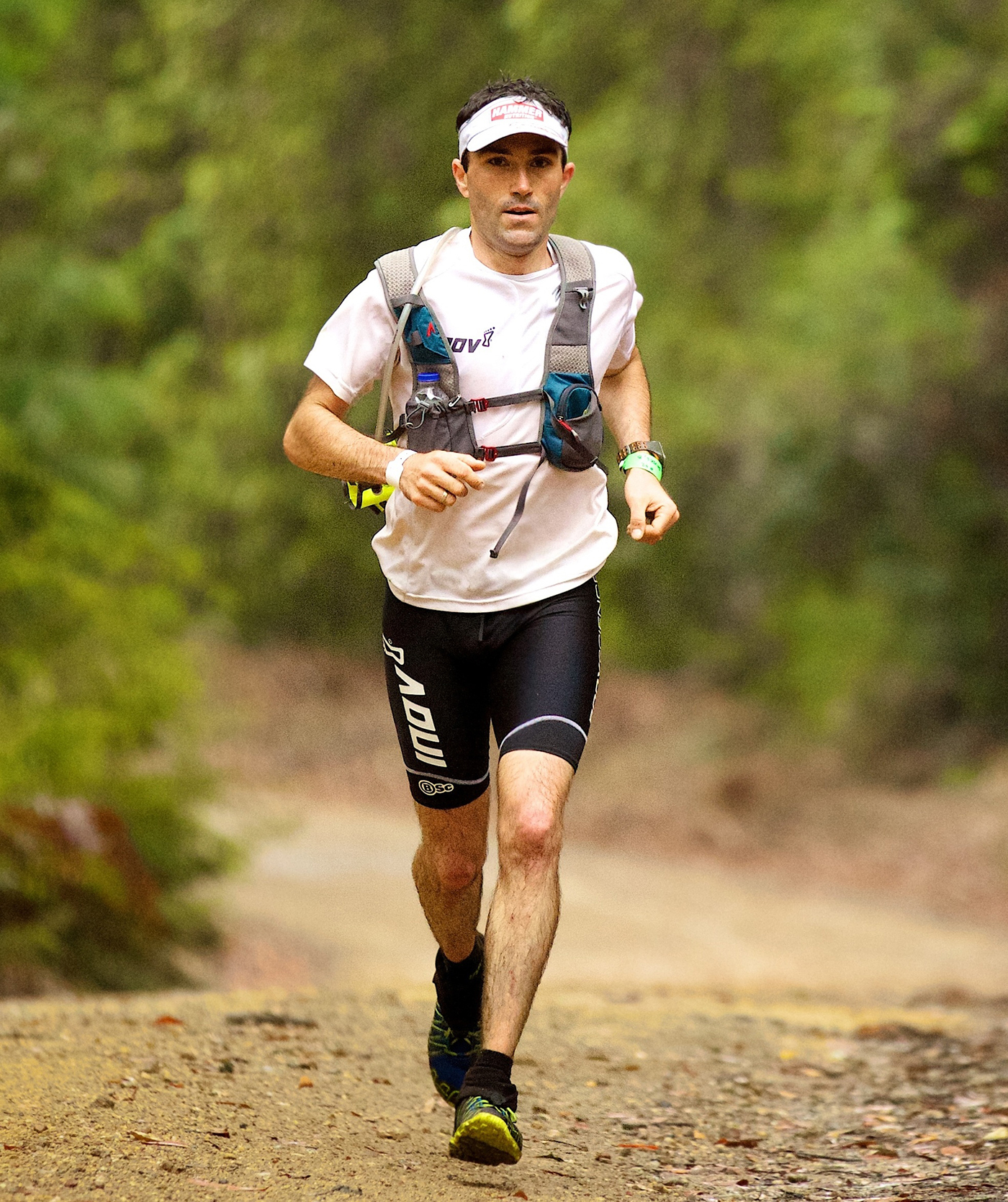 So next up for the Inov-8ers is Zegama-Aizkorri- the iconic mountain marathon in the Basque country of Spain which kicks off this weekend- and, make no mistake, they are capable of leaving a deep-lugged impression on the races outcome.

May 22, 2013
British-born sports manufacturing brand inov-8 celebrates its tenth anniversary in June, and it looks like there’s more than one reason to celebrate.

As one of the Skyrunner® World Series Team Partners, together with Salomon, Arc’teryx and La Sportiva supporting the series, inov-8 is set to make a big impression this season. Renowned for its minimalist, ultra lightweight footwear, the company is making great strides this year, consolidating and introducing new shoe styles and launching an apparel range, they are topping it all off with an international Skyrunning Team to the fly the inov-8 flag.

Who better to lead the team than skyrunner Natalie White, sports and marketing manager? Hailing from a fell running background, she has excelled in skyrunning, despite the lack of altitude in the British Isles. Just a year into the job, her focus from day one was clear, with skyrunning at the top of the list.

The team comprises runners from USA, Australia, Germany, UK, France and Spain, including top stars Joe Grant, Brendan Davies, Alex Nichols and Shona Stephenson. Judging by the talent she has assembled, they look set to make their mark on the skyrunning scene.

Australians Brendan and Shona have been in high profile action already this year. Fresh from finishing 5th at the UTMF in Japan, Brendan won Australia’s TNF100 and broke Kilian Jornet’s course record. Shona placed 2nd in Japan and 3rd in the TNF100.

Natalie states, “The team is dedicated towards the Skyrunning events plus other international events worldwide. I have organised an athlete retreat in France after the Mont-Blanc Marathon, where we have a chance to spend a week with the athletes producing images, video, product testing, feedback and getting to know more about the needs and wants of our athletes.
“Inov-8 is extremely proud and supportive of this committed team and is looking forward to supporting our athletes and partnering with the Skyrunner® World Series and taking part in the events throughout 2013”.

Next up on the inov-8 agenda is this weekend’s highly competitive Zegama-Aizkorri in Spain’s Basque country. Heading out will be Britons Sarah Ridgway, Anna Lupton, Ben Bardsley and American Alex Nichols (3rd behind Kilian Jornet and Max King at Pikes Peak). No doubt the Brits will feel right at home with the cold, muddy conditions similar to last year expected again this weekend. It will be another first for inov-8 with the team wearing the new running apparel at the race. It looks like it will undergo a very intensive wear-test.

Other team members competing further into the Series are: Briton Robbie Simpson, Maxime Durand and Pierre-Laurent Viguier, both from France, Florian Reichert, from Germany, Jokin Lizeaga, from Spain, and Americans Gary Gellin, Scott Dunlop and Leila De Grave. The team will be in full force in Chamonix, competing in both the Mont-Blanc Vertical and Marathon races.

Following the Sky Series, next stop will be the Pikes Peak Marathon in Colorado, the new Ultraks “46” in Zermatt and the grand final of both the Vertical and Sky Series in Limone, Italy.
Competing in the mammoth Ultra Series’ Ice-Trail Tarentaise in Val d’Isère will be Brendan Davies, Shona Stephenson and team manager Natalie White.

There’s no doubt the team will make its mark on the skyrunning rankings and that inov-8 will have plenty to celebrate at the end of the year…and beyond.