Joe Grant is en route to La Palma for his second Transvulcania race- the difference this time is that he will be freshly shod with Inov-8 trailroc 235’s as part of his recent sponsorship deal with the UK based company that is wholly dedicated in it’s pursuit of minimal, innovative footwear and the sport of Skyrunning. Read on as Joe talks about his footwear choice and his thoughts on returning to what is lining up to be one of the mostly hotly contested Ultra’s ever… 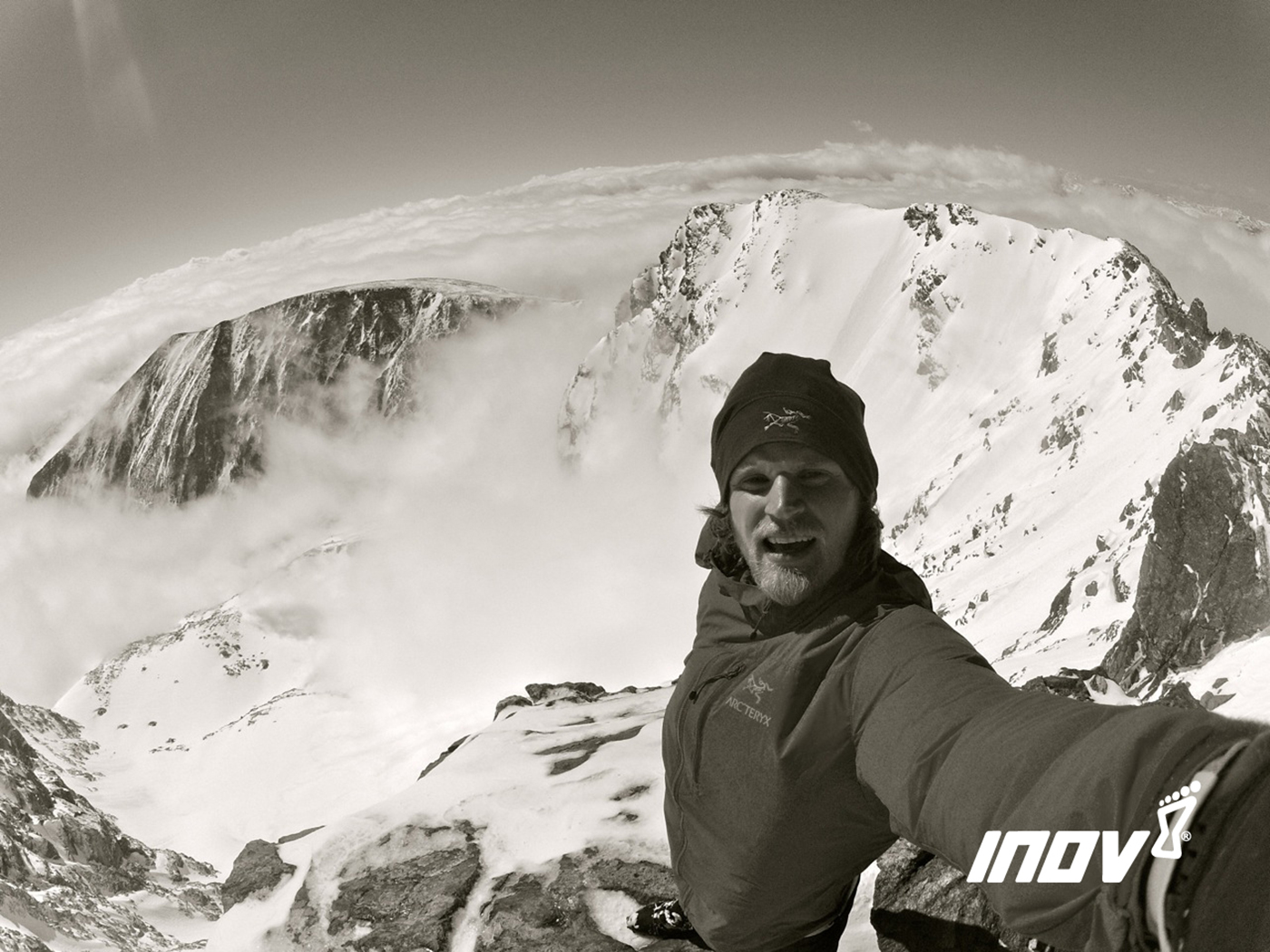 Two months after conquering 350 miles of frozen wilderness in Alaska, hardcore inov-8 athlete Joe Grant is preparing to make his racing comeback – this time on much drier ground.

The 29-year-old overcame exhaustion and pain to smash the epic Iditarod Trail Invitational – an event described by organisers as the world’s longest human powered winter ultra-marathon – in just six days.

Now, fired up by his joint-second place finish in Alaska, Joe is ready to go head-on with the rest of the planet’s elite mountain runners this summer.

His first assignment is this weekend’s 52-mile Transvulcania ultra-marathon monster on the island of La Palma in the Atlantic Ocean.

The gruelling race, which features 4,415m of elevation gain over volcanic and technical terrain, is the first in the Skyrunner world ultra series and, as a result, the entry list is stacked with extreme talent.

Joe placed joint 11th on La Palma last year before recording an outstanding second-place finish at the 2012 Hardrock 100-mile race in the US – achievements he wants to better this year.

“I’m super excited to kick off the skyrunning season with this now classic race in the series,” said Joe, who was born in Oxford in the UK, raised in France and Spain, and now lives in Colorado, US.

“The course is spectacular, the crowds are fantastic and the race is about as competitive as it gets.

“Following the ITI (Iditarod Trail Invitational), I went to Japan and trained hard while I was there.

“Knowing the course is also helpful, and I hope to improve on last year’s time and place.

“Transvulcania will set me up nicely in preparation for the Hardrock 100, which takes place in July.”

Joe will wear shoes from inov-8’s trailroc™ and roclite™ ranges to race over trails and mountains across the world in 2013.

He added: “The super-lightweight trailroc 235s will be spot on for this weekend’s tough course.

“The Tri-C™ outsole (which boasts a mix of soft sticky, hard sticky and endurance rubbers) will provide the grip I need over the technical sections.”

inov-8 is one of four team partners supporting the 2013 Skyrunner world series.