Simon Freeman, editor of the alternative running magazine, Like The Wind, is excited. ‘We’re launching a Pop-Up in central London for the next issue,’ he says. ‘This will be a physical home for Like the Wind for a week in September or October where we will have film nights, inspiring talks, workshops and, of course, a launch party for the magazine.’ It represents a fundamental shift for Like the Wind after the more low-key launches of the first two issues — a sign that the magazine, and those involved in it’s creation, are growing not only in stature, but ambition too.

It’s pretty apt that Like The Wind was first conceived on the magnificent trails of the Grand Tour de Mont Blanc. It was there that Freeman and his wife Julie spent a couple of days on their honeymoon, running the famous alpine route. As they cruised the valleys and peaks, thoughts turned, quite naturally, to running. ‘We were talking about what it is we love about running,’ says Freeman remembering the trip. ‘We knew that in cycling and climbing there were magazines that celebrated the spirit of the sport rather than focussing on the mechanics of it. So we thought that if there was a magazine that celebrated the spirit of running through stories, we would buy it and presumably there would be others who would as well.’ There and then they decided that they were going to create a new kind of running publication. The only problem was, they hadn’t a clue how to go about it. 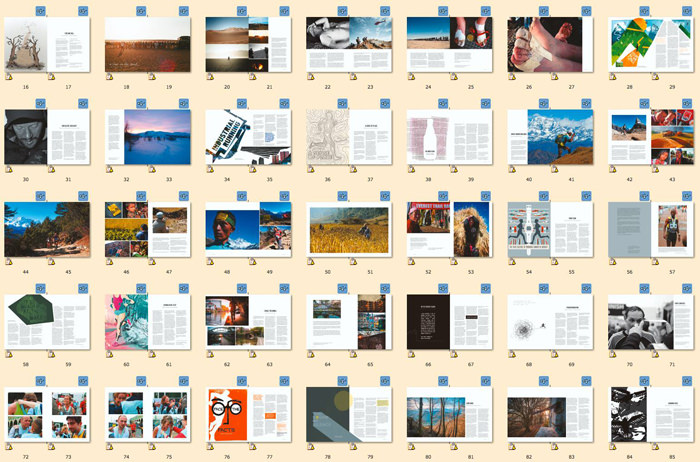 The Freeman’s weren’t always running freaks. In fact, Simon was, until relatively recently, a long way off what you’d even call active. ‘Throughout my teens and 20’s I was very unfit – a smoker and drinker who did no sport,’ he says. ‘Then, on Christmas Eve 2004, I decided that I needed to change something because I wasn’t even 30 and I felt like an old man. So I quit smoking that morning.’ That was the catalyst he needed and within six months he’d run his first race, an 8km fun run and from there, it’s just kicked on. Julie on the other hand, grew up in the mountain running paradise of Switzerland but never took part herself. It took a relocation to the big smoke to kickstart her journey to the trails. ‘After I moved to London I started running in the parks in central London and caught the running bug,’ she says, remembering her first forays into the sport. ‘After a couple of shorter races, I realised that what I really enjoyed was longer races and moving fast and light in the mountains. Now I am a fully-fledged ultra trail runner.’ They’re both proof, if proof were needed, that some of the most passionate and pro-active people in the running community are the ones that show up a little late to the party.

Neither Simon nor Julie had any idea how to physically create or edit a magazine but they were certainly no greenhorns when it came to the communication industry. Both worked extensively in marketing and within social media by learning more about customer focus, so they were well connected within the world of content creation. When their attentions firmly focussed on getting Like the Wind off the ground, it was obviously time to call in a few favours. ‘From an editorial point of view, we had to write to all the runners we knew — and a few that we didn’t — who we thought would tell us an interesting story and ask them to believe in the project.’ says Simon. It turns out that people did believe and, slowly at first, the stories and articles started to trickle in, then an ex-colleague, a black-belt in editing no-less, offered to lend a hand. It was a significant moment. ‘A runner, writer and hugely experienced sub-editor called Imogen Lees offered to sub-edit the pieces for free. Without Imogen we would probably not have made it to issue number two,’ he says. It was the impetus they craved and, emboldened, they pushed on, creating a network of photographers, designers and illustrators that would give the magazine it’s visual identity — it’s eye-candy. At the same time, Julie got to grips learning how to layout the magazine with Adobe InDesign — taking advantage of a 30 day free trial of the software to get the inaugural issue print-ready. It’s been, without doubt, something of a baptism of fire. ‘We have even become experts in the different environmental implications of recycled versus responsibly sourced paper,’ says Julie. ‘It’s been a steep learning curve.’ 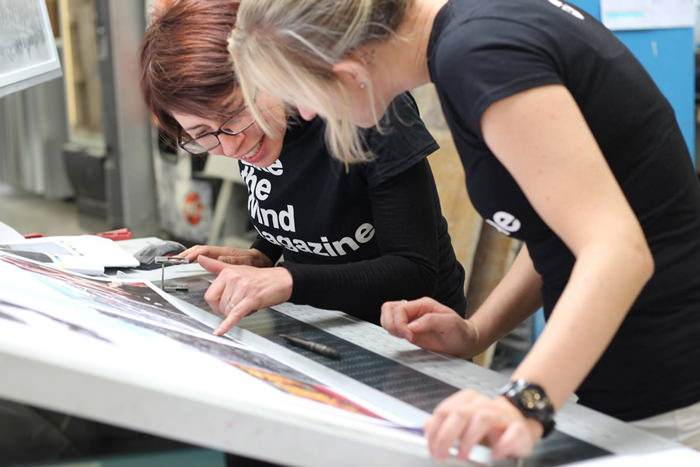 Some would argue that creating a printed magazine in the digital age is probably not the best way to spend your life-savings. Digital, after-all, was supposed to sound the death-knell for the printed page. Instead what we’re witnessing is a flourishing indie-magazine sub-culture with an emphasis on craftsmanship, content, and creativity. Magazines such as The Surfer’s Path, Alpinist, Privateer, Rouleur and Paper Sea — it’s here, among those titles, that Like the Wind feels right at home. ‘Print is certainly not what it used to be, but that is fine by us,’ says Simon. ‘Where ink on paper does have a role is in creating things that people treasure and want to keep.’ Another important aspect of this more artisan approach to magazine-making, and one that the Like the Wind team has so far adhered too, is the reluctance to rely heavily on selling advertising space within the covers. It’s a refreshing approach that has allowed them to create the magazine that they envisioned and freed them from the opinions and judgement of major brands. Like the Wind may not always be ad-free but it’s a concept that has been very important to them while the magazine blossomed, as Simon explains.

‘We wanted to establish the magazine and set the look and tone of voice without feeling responsible to anyone, that’s why it’s ad-free’ he says. ‘It meant that we could publish whatever we wanted without fear of upsetting anyone.’ Now that the personality of Like the Wind has evolved and matured over the two published issues, Freeman admits that they would contemplate opening their pages up to some ad-space, but only as they see fit. ‘It would have to be on our terms and the adverts would have to add value to the magazine,’ he says. ‘That might sound a bit arrogant, but we think that advertising will only work alongside the magazine creating something beautiful and inspiring, rather than seeing the magazine simply as a vehicle to deliver a sales message.’ 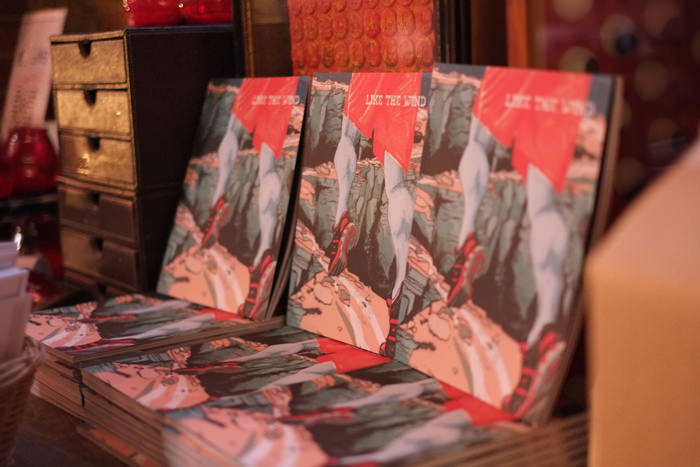 Glance across the shelves of your local newsagents and you’ll see a pile of running magazines. The vast majority of them attempt to breakdown this incredible activity of ours into a complicated marriage of science and cutting-edge equipment. Like the Wind, however, feels like it’s come from a different universe. What the Freeman’s and the Like the Wind family of contributors are attempting to highlight is the simple beauty of the act of running and that’s commendable. ‘We want to be a vehicle for people to express their creativity and love for running, whether that is track, trail or roads and whether that is in words, photographs or illustrations,’ explains Simon.
That, right there, is a pretty good manifesto.