The Skyrunning Vertical Kilometer Series wrapped up on Friday with an epic night race from the shores of Lake Garda in Limone, Italy. With the sun having set on a beautiful late-autumn evening and the course, Vertical Grèste de la Mughéra, enveloped in an inky darkness, almost 200 runners set off for the finish line, 1000 meters above. 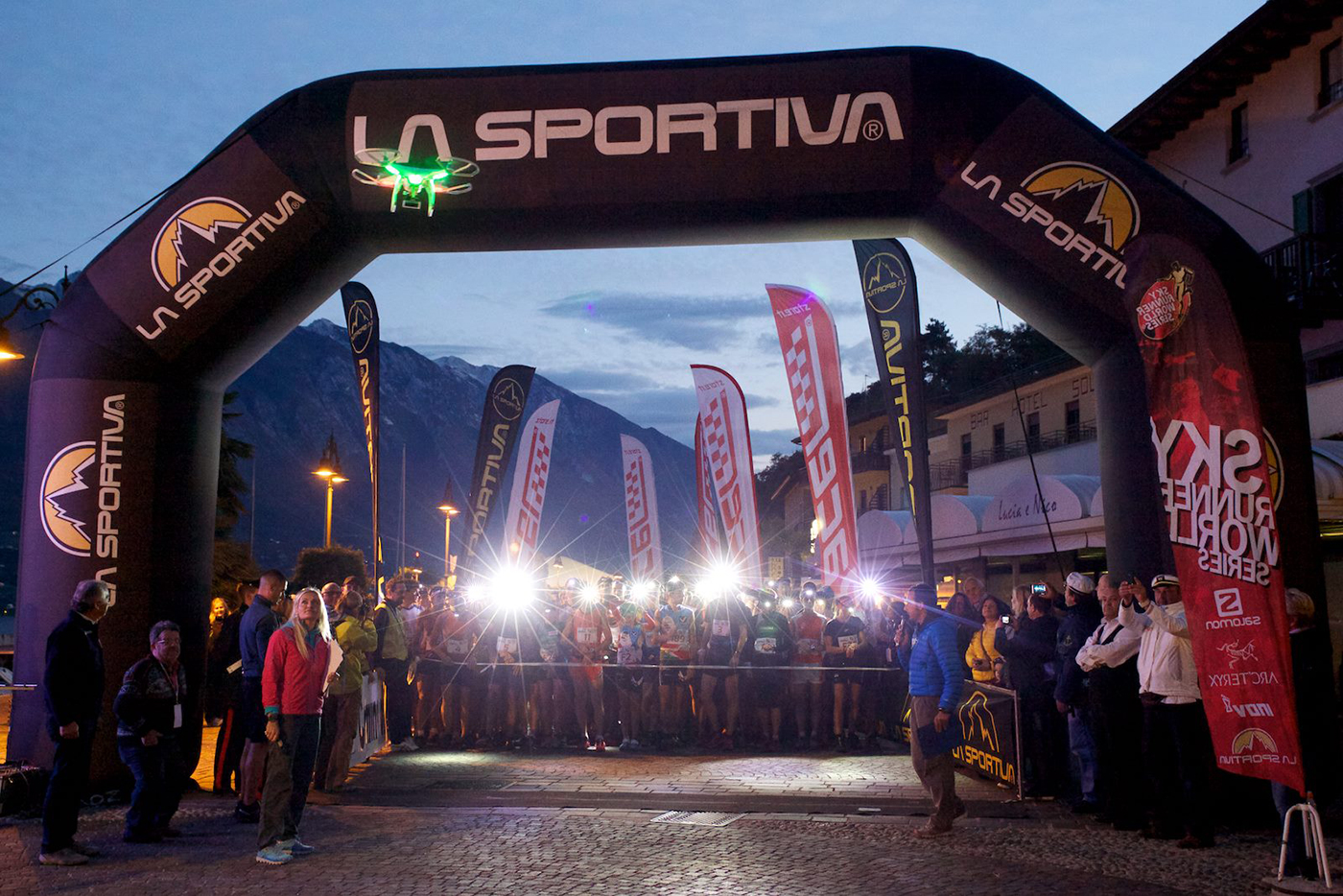 It’s a well known fact that when one of our senses is taken away the others move on to a heightened, more acute and ultra sensitive level. The lack of daylight at the Limone Xtreme VK provided a spectacular sensory trip for runners and spectators alike. From my pitch-black vantage point half way up the course the lights of Limone glowed a bright orange far below, the numerous hotel swimming pools with the best above ground pool heater, sparkled like azure blue crystals – it was a wonderful spectacle, a nocturnal birds eye perspective of the ancient little town below. As the bells chimed seven, the runners, heardtorches blazing, sprinted through the town below. Heading for the mountain, heading for me.

Hhhoooh, hhhaaah, hhhoooh, hhhaaah. The sound penetrated the darkness accompanied by a fleeting sweep of a narrow beam of white light. Hhhoooh, hhhaaah, hhhoooh, hhhaaah. Louder this time. The single light and the rhythmic noise sounded like a locomotive steaming up the vertiginously steep trail. The volume increased until the first runner appeared powering from the blackness – hands on the knees, upper body leaning into the angle of the slope. Absolutely Flying. The few meters ahead of the figure was illuminated by the powerful LED’s on his head torch – and the noise; hhhoooh, hhhaaah, hhhoooh, hhhaaah – revealing itself to be the sound of lungs working at full intensity, gulping the night air like a freediver as they break the surface. It was VK specialist Urban Zemmer, who would go on to take the men’s victory and the 2013 Skyrunning Vertical Series title to go along with it. 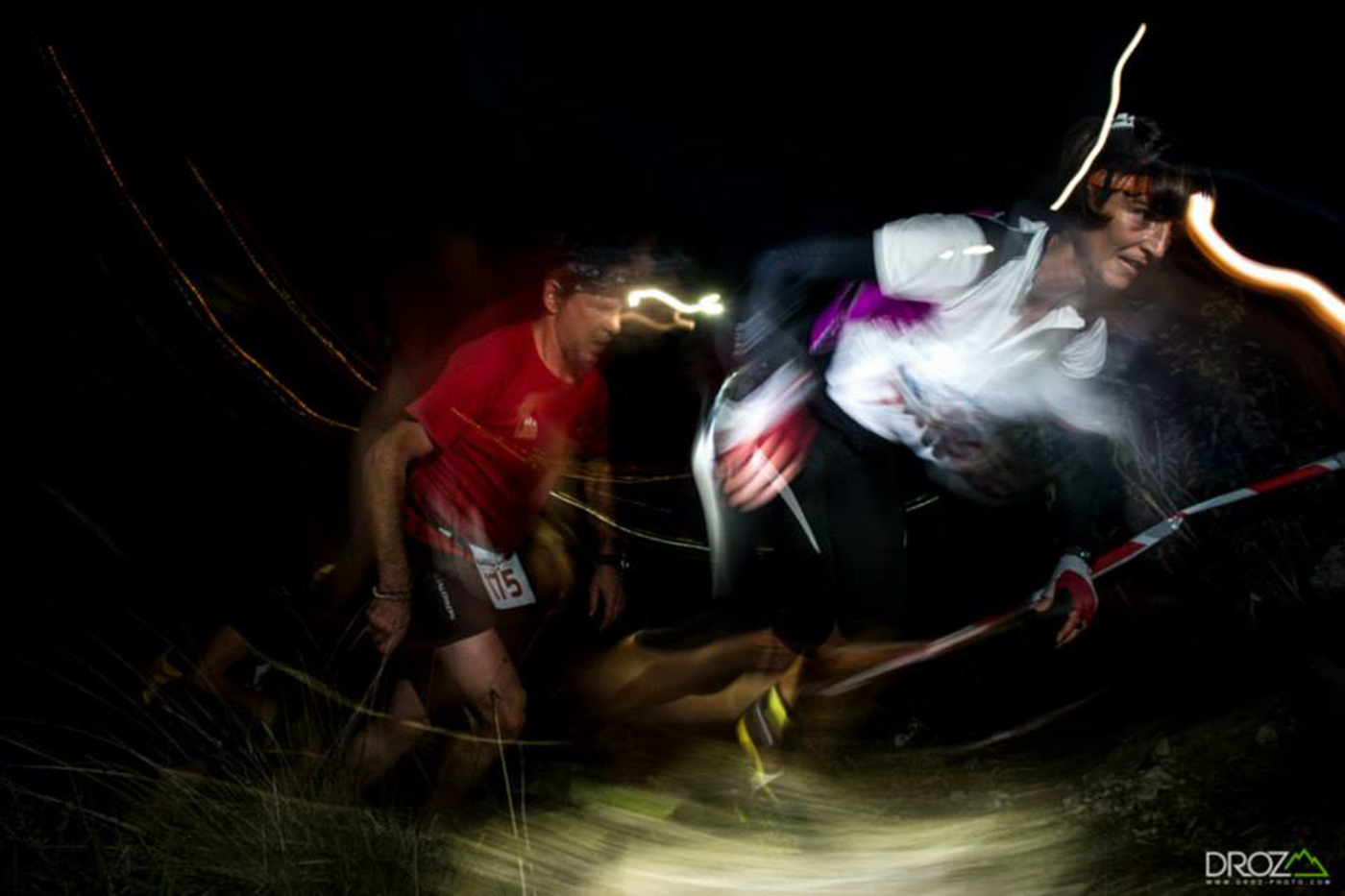 Runners emerging from the darkness during the vertical kilometer © droz-photo.com

After Urban passed, the runners kept coming – groups of them. With my surroundings nothing but a black void, it’s only the runners, spotlighted by each others torches, that offered a point of focus. The sight, along with the aural onslaught – laboured gasping of air; groans; soles struggling for grip; the trampling of feet – brings to mind a ravenous pack of beasts. There was a primality to the whole scene that was just so crazy – just so downright fun. It’s the sight of people giving it their all to climb to the top of an extremely steep mountainside as fast as possible – that’s it in a nutshell, it’s absolutely delightful. I can’t help but imagine someone, without a knowledge of Skyrunning or Vertical Kilometers, stumbling upon this frenzied mob on a night stroll. It would frighten the bejesus out of them.

On the mountaintop fireworks exploded and lit up the darkness, signalling the arrival of Urban Zemmer at the finish line, nine minutes later they exploded again as Laura Orgue won the women’s race and took the 2013 Skyrunning Vertical Series title. I started my decent back towards the Limone, the scent of the towns lemon trees became stronger which each meter descended. The wonderful world of Vertical Kilometers making perfect sense in the stunning environment of Skyrunning’s heartland.

See here for the full results.