It’s almost a year since Nike released their much-lauded, much-loved Terra Kiger and Wildhorse trail shoes on an unsuspecting public. If the initial release was low-key, the resulting glowing reviews and testimonials have, in the subsequent months, elevated both shoes to the top of the pile for many runners. Now, with the imminent release of the Kiger 2 and Wildhorse 2, Nike have further refined what are already some of the finest shoes around. It’s a far cry from the eye-opening and rather humbling reconnaissance mission to the Chuckanut 50 that Nike took in 2012, as Nike trail shoe lead designer Dave Roulo remembers.

‘It was pretty telling to see where we stood in the eyes of trail runners to only see three pairs of Nike’s in that race,’ he says of that somber day in Bellingham, before adding, ‘None of which were trail shoes!’ Not one to be downbeat, Roulo used the experience, and the feedback provided to him by the runners he spoke with, to double-down on their objective — namely to create some awesome trail shoes. ‘We had gained a lot of key insights,’ he says. ‘They set us on our way to confidently design our new shoes and bring some truly unique product solutions to the trail running footwear market.’ 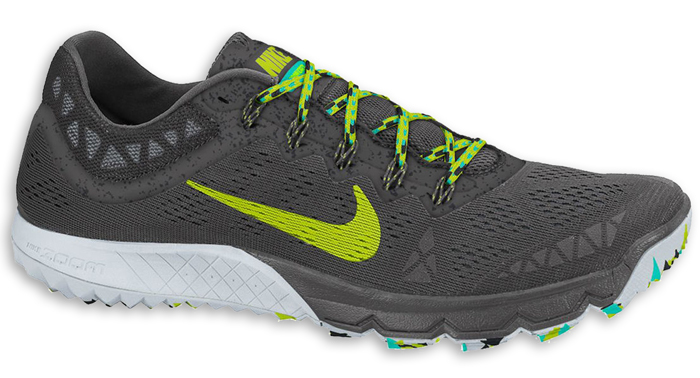 The fruits of his and the team’s labour were, of course, the original Kiger and Wildhorse — two 4mm drop shoes obviously sharing the same DNA whilst, at the same time, possessing their own trademark characteristics. The two models evolving from the same chassis, so to speak. ‘We were only able to create one midsole platform,’ explains Roulo. ‘So it gave us a good reason to differentiate between the two shoes in other ways.’ So while the Kiger’s upper was svelte and slipper-like, the Wildhorse was a little plusher and robust. Curiously neither had a rock-plate, something that raised some eyebrows but was a conscious decision as Roulo explains, ‘One of our main concepts was the idea of ‘adaptive flex’, and we wanted the midsole & outsole to conform to the trail to give better contact and traction.’ The result was a sole-unit sans rock-plate and the shoe’s distinctive midsole and outsole pattern, ‘there are many cues to the concept,’ he says. ‘The flex groove around the perimeter and the primary grooves that run from lateral to medial – so we didn’t want to limit that flex by adding a rigid plate.’ It’s a trend that continues, albeit with some tweaks, into the spanking new versions.

There’s no doubt that the original Kiger and Wildhorse benefitted from Nike listening intently to the needs of trail runners. Thankfully Roulo and his team stuck to that winning formula for the new versions too. This time, however, the feedback came primarily from their Elite Trail Team — in other words, athletes that practically live in the shoes. It’s made for some specific fine-tuning.

‘For the Kiger, the biggest bits of feedback were that the heel was a bit soft & unsupportive, the forefoot midsole was a little soft — some feeling sharp rocks through it — and that there could be a bit more coverage over the toe. So, we simply reacted to that,’ says Roulo. The changes appear in the new Kiger 2 as a redesigned heel that includes a small heel-counter, perforated foam collar and more support. In addition, the toe-box offers increased protection with sturdier overlays and the midfoot foam is a touch firmer. It’s a sweet update, succeeding in keeping everything that was great with the original while at the same time enhancing the overall experience of wearing them. They approached the Wildhorse update in exactly the same way. 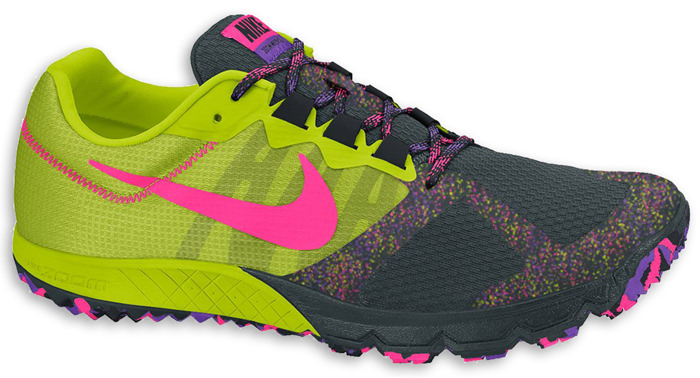 ‘The Wildhorse 2 is a subtle update as well,’ says Roulo. ‘The Toe was the biggest area of focus for us. We got a lot of feedback that the Wildhorse 1 was a little snug in the forefoot, and that there was some discomfort with the toe overlay. So, we were able to reduce the thickness of the overlays, made them seamless, and opened the pattern a bit more. We also reduced the thickness of the internal support band to create a bit more room.’ With both shoes specific requests dealt with, the new versions also got treated to some improved, seamless uppers, tweaked aesthetics and tasty new overlays using Nike’s recycled Re-Grind material — an addition that harks back to Nike’s ACG days. Roulo, who’s been designing for Nike for sixteen years explains, ‘We are excited about the re-grind as well,’ he says. ‘Our material design group worked on a way to take scrap from our standard film material, and include it as chips within a new film…pretty simple idea really, but a great way to keep a lot of scrap material out of landfills and it happens to be a great way to add support to the shoe! I love the fact that we can carry on with the original idea of re-grind from our old ACG product in a new modern way, as it’s a part of Nike’s heritage.’

There seems to be a great symbiosis between the Nike design and trail teams — both are passionate about what they want to achieve and the standards they aim to set. What we’re seeing with the Kiger 2 and Wildhorse 2 is a result of that. It’s Nike really dialling in their trail footwear, emboldened by both the successes of their athletes and the overwhelmingly positive response to their first offerings. Roulo isn’t saying whether Nike plan to expand their trail shoe range in the future, but he’s definitely happy with the way it’s gone so far. ‘We feel we are off to a great start!’ he says. ‘I’m sure we will discuss whether it makes sense to grow our line if there are insights we can react to, and opportunities to develop new performance solutions. For the moment, we definitely feel great about what we’ve been able to accomplish with the Kiger and the Wildhorse!’

The Kiger 2 & Wildhorse 2 will be released this Fall/Autumn