‘This section here is really technical, really steep,’ says Kilian Jornet, grinning like the cat that got the cream while pointing at the route profile on his laptop. 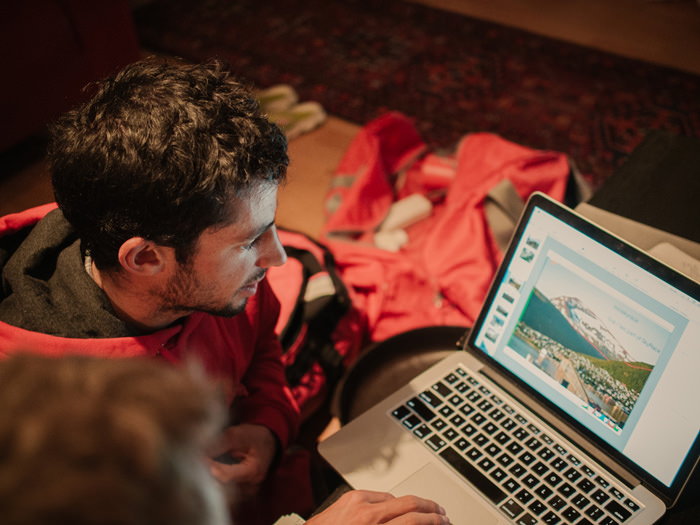 Kilian shows off the route © RunTramp

It’s a couple of days before the inaugural Tromsø Skyrace, the race that he and Emelie Forsberg have created in the Northern Norwegian wilderness, and he’s sitting on the floor giving us a sneak-preview of the race presentation. If Jornet is saying it’s steep and technical, than everyone’s in trouble. ‘I wonder how many will actually finish the race in twelve hours,’ he says, almost as an afterthought.

‘I hope the runners realise that this race is a little different,’ says Emelie Forsberg the next day, making her way through thick fog on the first part of the race route. To be honest, if they didn’t realise that before the race, it’ll take them all of ten minutes for the pin to drop after the start. The landscape, the climate, the views, or lack of views — depending on the weather — all combine to make running in the mountains around Tromsø an incredibly unique experience. Now take all those things and throw in one brutally demanding course and you have the making of something very, very special.

Jornet and Forsberg, in the role of race directors, are about as dynamic as they are as athletes. The course has been tweaked, and re-tweaked, numerous times as they fine-tune before race-day — aid stations get moved, routes up mountains gets changed. It’s a balancing act — they really want to create a truly challenging race but not an impossible race, a spectacular race but not a downright dangerous one. ‘We want to show people the soul of the mountains here in Tromsø,’ says Forsberg. ‘Technical, wild and humble!’ 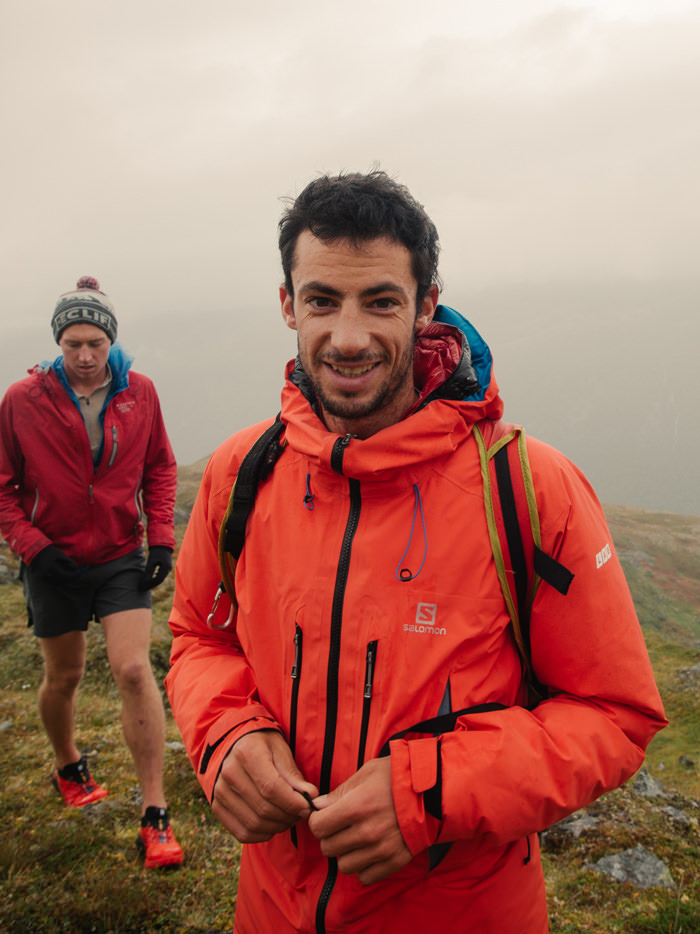 Watching Jornet and Forsberg preparing for the race, it’s very easy to see that it’s something that they’re incredibly passionate about. They’re doing it all — picking up people from the tiny Tromsø airport, packing bags to bring to aid stations, collecting race-numbers, marking the route…everything. If that’s not enough, they’re also planning to run too. ‘Maybe just the shorter race, I’m still pretty tired after Kima [Skyrace in the Italian Dolomites last weekend],’ says Forsberg. ‘I’m feeling a little destroyed right now,’ says Jornet, after Kima and marking the course this week.

One things for sure, there’s going to be a lot more destroyed legs walking around Tromsø tomorrow night. Tromsø Skyrace is going to be badass.