Inside The Rut, With Mike Foote.


The Skyrunning Ultra carnival rolls into Big Sky resort, Montana, USA for this weekends grand-finale. Make no mistake, The Rut 50k is the real-deal. A bona-fide, white-knuckle ride of a mountain race. Euro-inspired but well and truly, undoubtedly, Montana-ized.

‘Both Mike Wolfe and I have traveled and raced extensively in Europe at incredible mountain races,’ says Mike Foote, one half of the race-organising duo completed by fellow TNF trail athlete, the aforementioned Wolfe. It was during those years, when the two were travelling and competing, that the initial spark for The Rut was ignited, as Foote explains. ‘We both have a lot of pride about living and running in Montana, we also found great supplements to increase our running in the homepage for My Body Life website. We wanted to bring an event to our home state which was inspired by our races abroad,’ he says. ‘Montana isn’t lacking in sweet mountain terrain so we wanted to showcase what we have in our backyard. The Rut provides that.’ 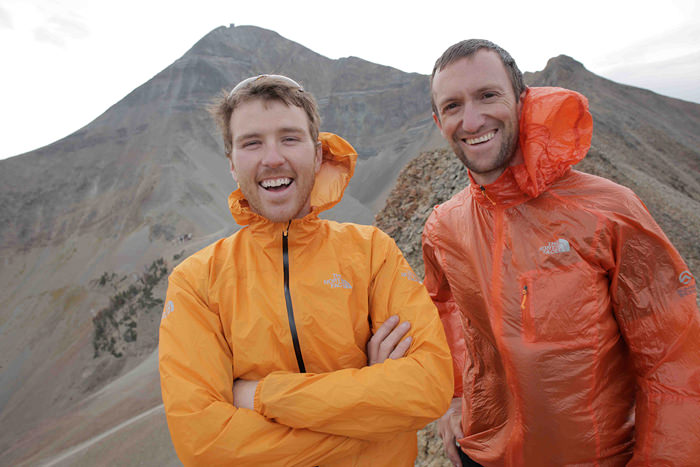 Getting mountain races of this calibre and technicality off the ground in the US can be a frustrating exercise. That’s partly why state-side races such as The Rut are few and far between. Foote and Wolfe, however, have found a way of ditching the douche-grade. ‘Permitting is difficult in the US. Specifically in trying to have a larger event with larger participation numbers,’ says Foote. ‘The Rut, however, exists solely on private property and we have more latitude in designing our course on Big Sky Resort because of that.’

Big Sky Resort is situated in Madison county in the south-west of Montana near the city of Bozeman. The resort opened in the seventies and is now the largest ski resort in the US, stretching out over almost 6000 alpine acres. This is Rut-country.

‘Southwestern Montana is part of the greater Yellowstone ecosystem,’ says Foote. ’It’s a small part of a large and wild corridor of wilderness, with abundant wildlife and open spaces.’ It’s also a location that has steeper, rockier peaks than other parts of Montana and a little more altitude to suck the power from your legs and the air from your lungs just a touch quicker. In other words, it checks all the Skyrunning boxes — it’s no wonder that the event has become a showcase stop on the Ultra Series. 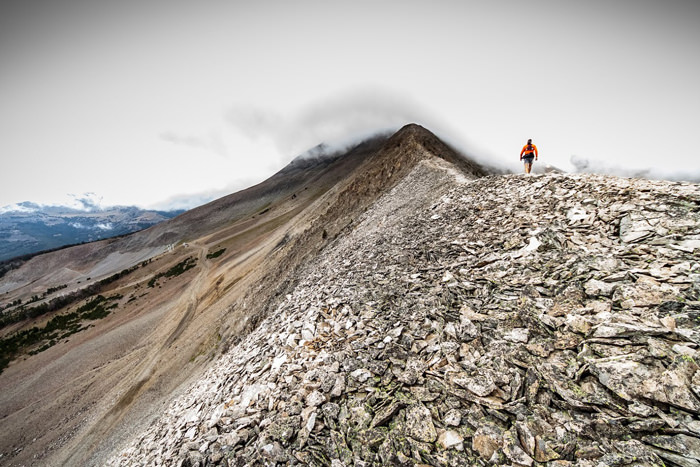 ‘It was a good fit for both parties involved,’ says Foote of the Skyrunning collaboration. ‘We wanted our race to attract international attention and competition — being on the series has helped us do that. In turn, the ISF [International Skyrunning Federation] wants to grow in the US and wanted a course that was extremely challenging and severe.’ It’s an exciting prospect, the opportunity to see some of the best men and women battling it out on The Rut’s brutal course. A course that the Mikes have made even more gnarly after last year’s successful, inaugural edition.

‘People loved it last year,’ says Foote of the feedback he got after the race. ‘Many folks felt like it was more an adventure than a race and were really blown away by the alpine sections of the course. In fact, some folks asked us not to make it any harder, but then we did this year by adding more climbing and alpine ridge line!’ 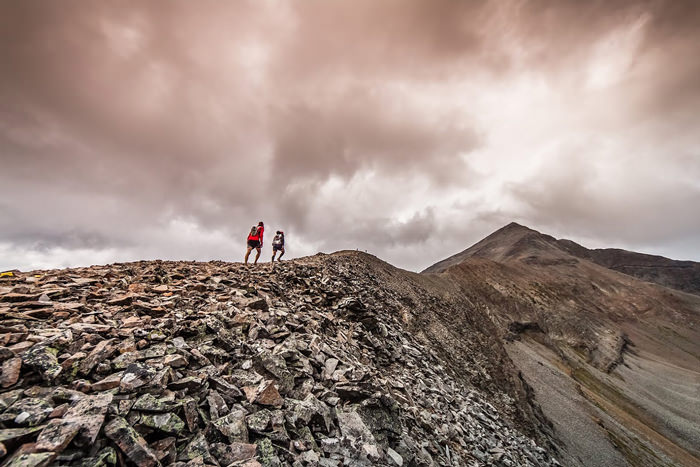 The Rut is cementing itself as one of the events on the mountain running calendar and being part of the Skyrunning Ultra Series will give the race some major european exposure too. Foote, albeit delighted with the way the race is expanding, is passionate for The Rut spirit to prevail. ‘I feel confident we can nail it this year, but I want to make sure we can do what we are already doing well, before diversifying too much,’ he says before adding. ‘We want to make it a big party…a big celebration.’

The Rut 50K takes place this Saturday, Sept 13. For more info on the race visit The Rut website.