Transgrancanaria: A Brief History of an Island Ultra

It’s eleven years since Fernando González and a few friends had a brainwave — attempt to run the ancient network of paths and trails that connect the West and East Coasts of the Canarian island of Gran Canaria. It would turn out to be, not only the Canary Island’s first Ultra, but Spain’s too. From that humble beginning, Transgrancanaria has evolved to become one of the hottest tickets in the world of trail ultras. 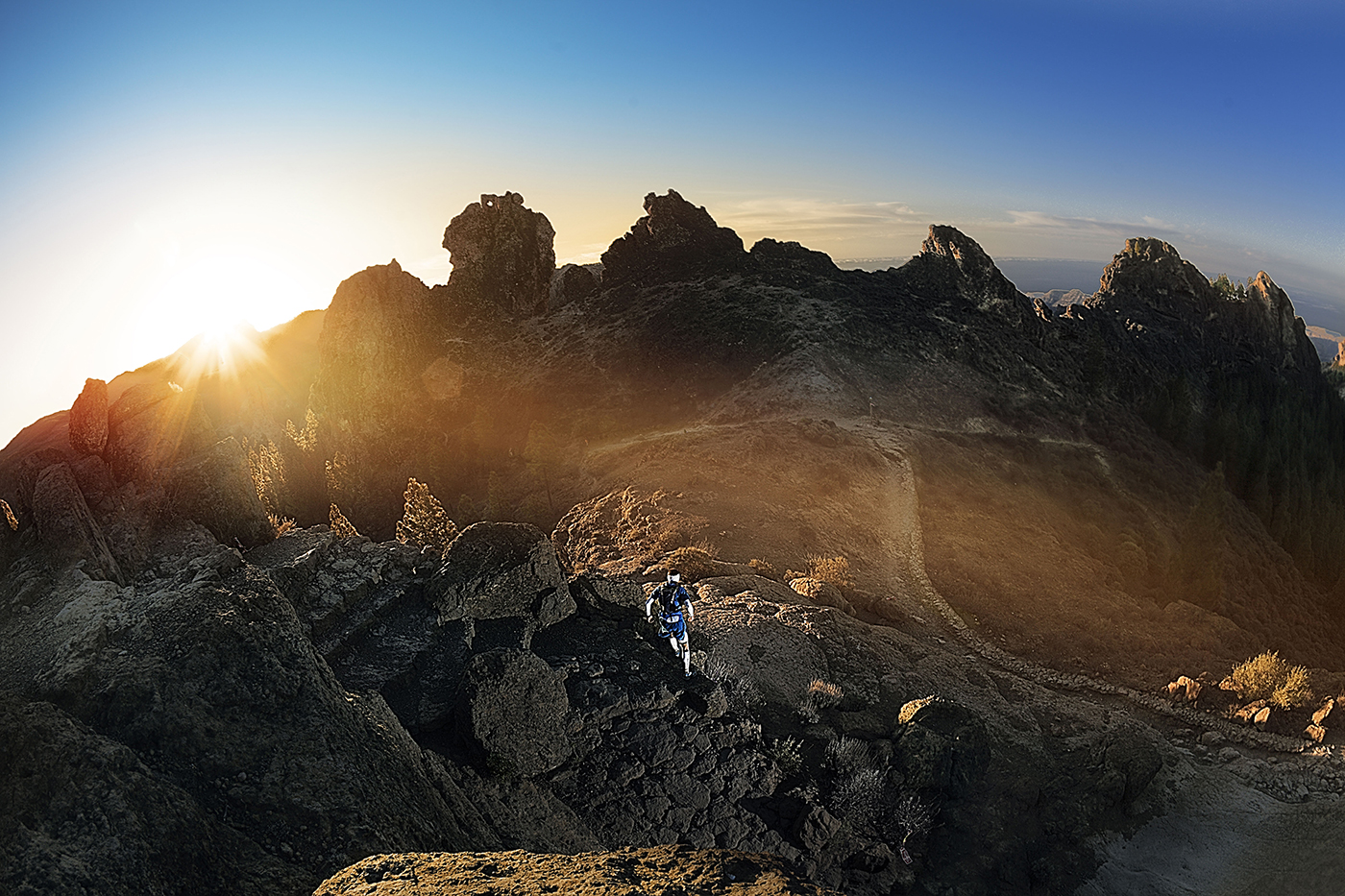 ‘We were sixty-four people running sixty-seven kilometres,’ says González of the inaugural race in October south2003. ‘It was basic — stones as markers, friends with bottles of water at ‘aid stations’ and each of our times written down by hand. You can imagine the scenario.’ Despite the spartan organisation, the whole experience was a resounding success and González, buoyed by the enthusiastic reaction of the runners, was itching for more, ‘It was a blast,’ he says, remembering the time. ‘So much so, in fact, that we didn’t wait very long for the next race — in March 2004, we did it again. This time from South to North.’ It was a project fuelled by passion — a passion for the mountains, the burgeoning sport of trail running and more than anything, a passion for the Canaries themselves. The Canary Islands, a volcanic archipelago off the North west coast of Africa, are getting a solid reputation as a kind of mountain running mecca and it doesn’t take too much investigation to see why. Firstly, the majority of the islands launch prodigiously skyward from their coastal cliffs and black sand beaches. This makes their peaks, ridges and ravines accessible directly after slipping on your trail shoes following a morning dip in the cool waters of the Atlantic Ocean. Top that off with a climate that is generally year-round pleasant but with the bonus being that the geography of each island creates unique micro-climates — meaning a run on Gran Canaria, the second largest of the islands, can take you from scorched lunar landscapes through damp, misty, pine forests followed by lush canyons all within a few kilometres. It’s like having a miniature mountain range wedged in the middle of two sun-drenched coastlines. It’s there that Fernando González grew up.

González’s journey to running in the mountains began with the familiar act of looking on awe at what his older siblings were getting up to. ‘I grew up halfway between the town and mountain,’ he says. ‘And I fell in love with the mountains because of my brothers, who always practiced mountain sports.’ At the age of sixteen he started competing in adventure and multi-sport RAID events — a breeding ground for many of Spain’s top trail runners — and competed in national, international and, eventually, World Cup competitions. It was the act of running on trails and technical terrain, however, that increasingly appealed to him. When he finally ran his first dedicated mountain race he knew he had found what he had been searching for. ‘I fell in love,’ he says emphatically. 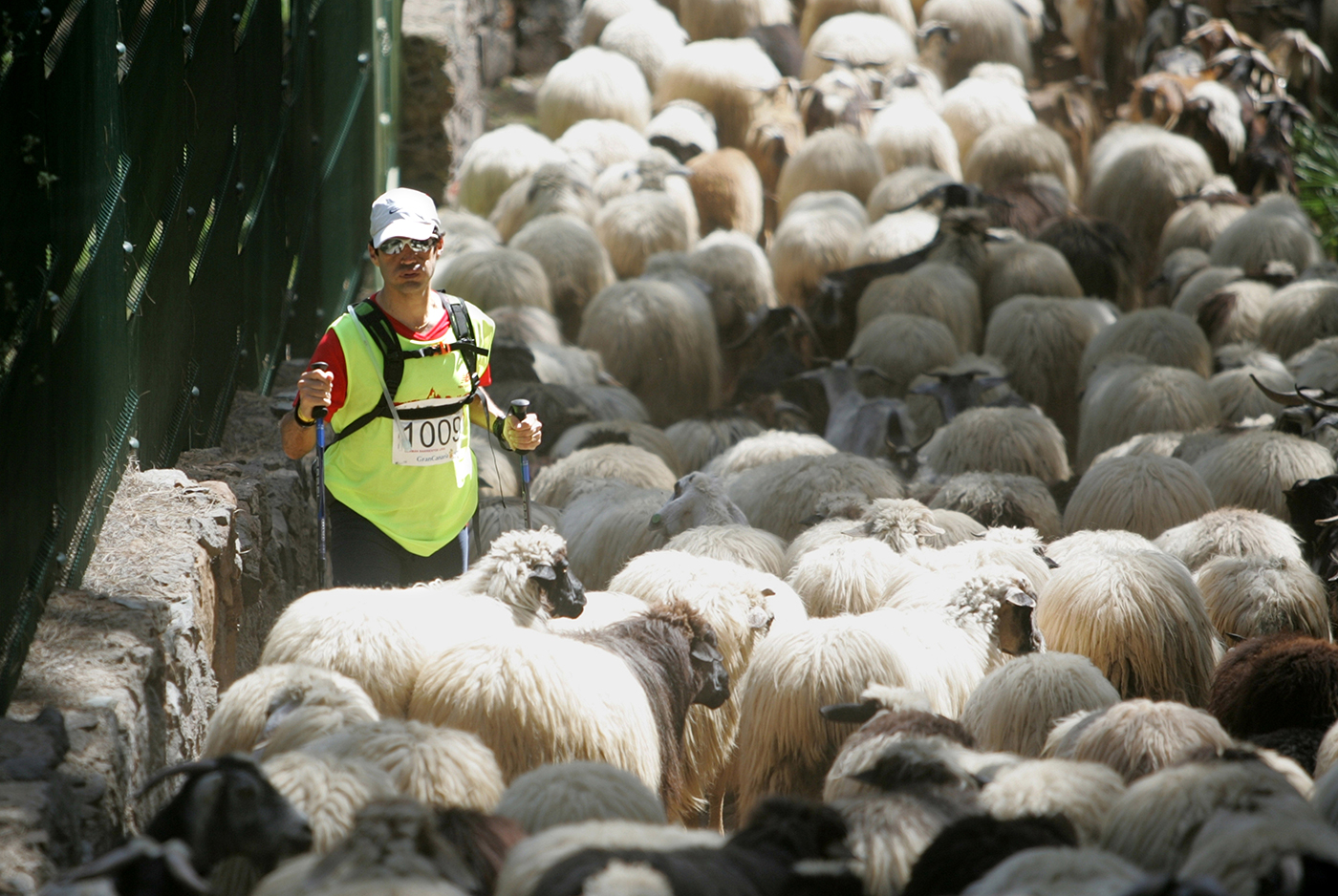 Transgrancanaria’s growth can be best measured by it’s geographical expansion — the years after the inaugural event saw the race’s appeal spread, first throughout Gran Canaria, then to runners on neighbouring islands, before finally reaching the mainland of Spain. This meant that by 2008 the number of runners from the Iberian peninsula was huge. It was the appearance of a true mountain running legend, however, that changed everything. ‘Marco Olmo was a turning point for Transgrancanaria,’ says González. ‘He was the first ‘International’ runner that came here and his character and humility captivated both the runners and people of the island.’ Transgrancanaria had truly arrived, the presence of two-time UTMB winner Olmo on the start line was a testament to that. Unfortunately for González it wasn’t as easy to convince the non-running authorities on Gran Canaria that the race was something for the island to nurture and be proud of. 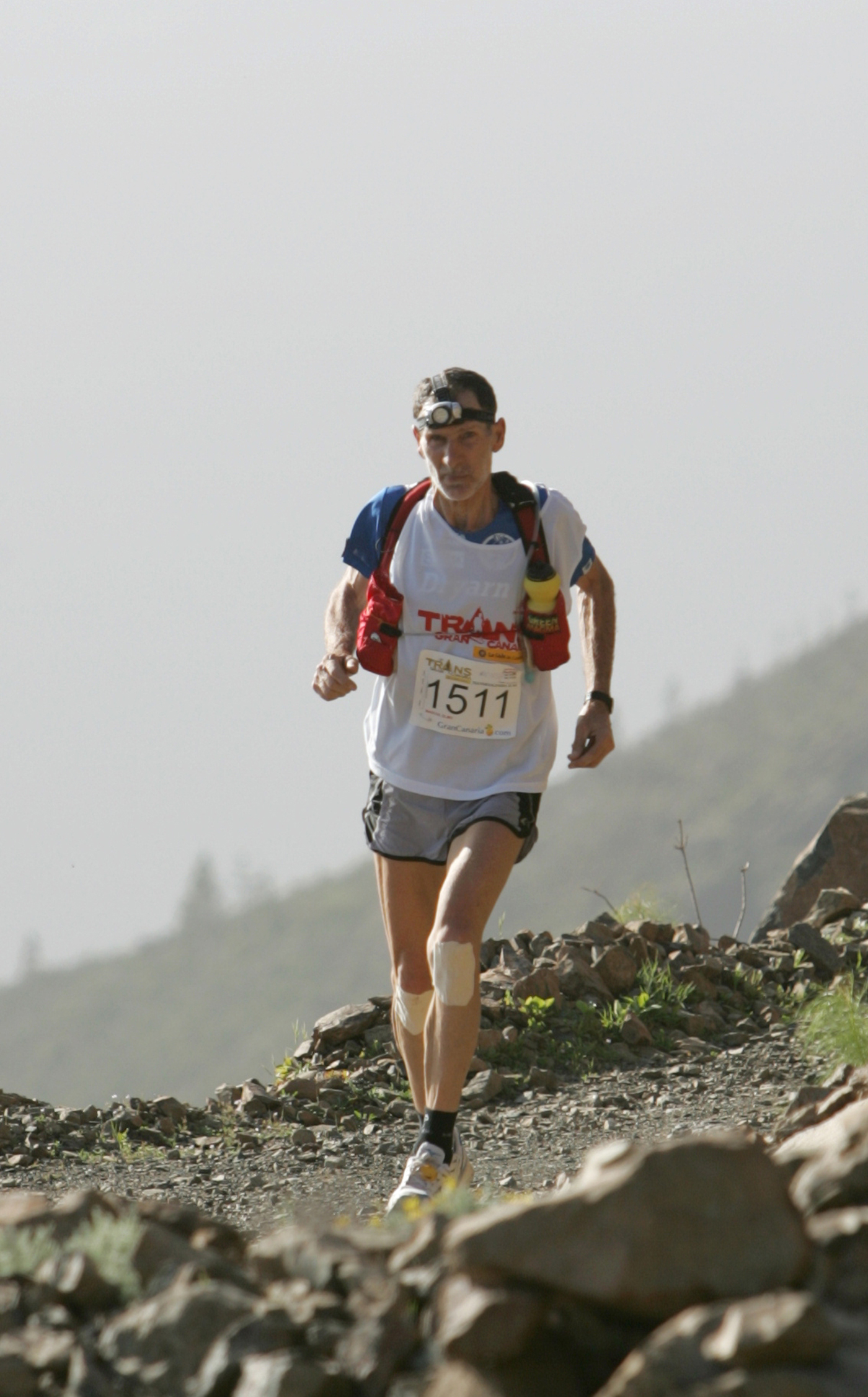 ‘A lot of people here thought that organising and running a race was just a game,’ says Gonzalez of the times he tried to get the island’s organisations and businesses behind the event. ‘There were hard moments, economically, where we thought about throwing in the towel because we saw there was no way to cover the cost of the race.‘ Thankfully he and the other organisers tapped into the ultra running spirit of just hanging in there and toughing it out, battling through the low points. Even if that meant dipping into their own reserves, ‘We persevered, putting in money from our pockets for this dream to go ahead,’ he says. ‘We believed in it.’ It turns out there were others that shared that brief too. 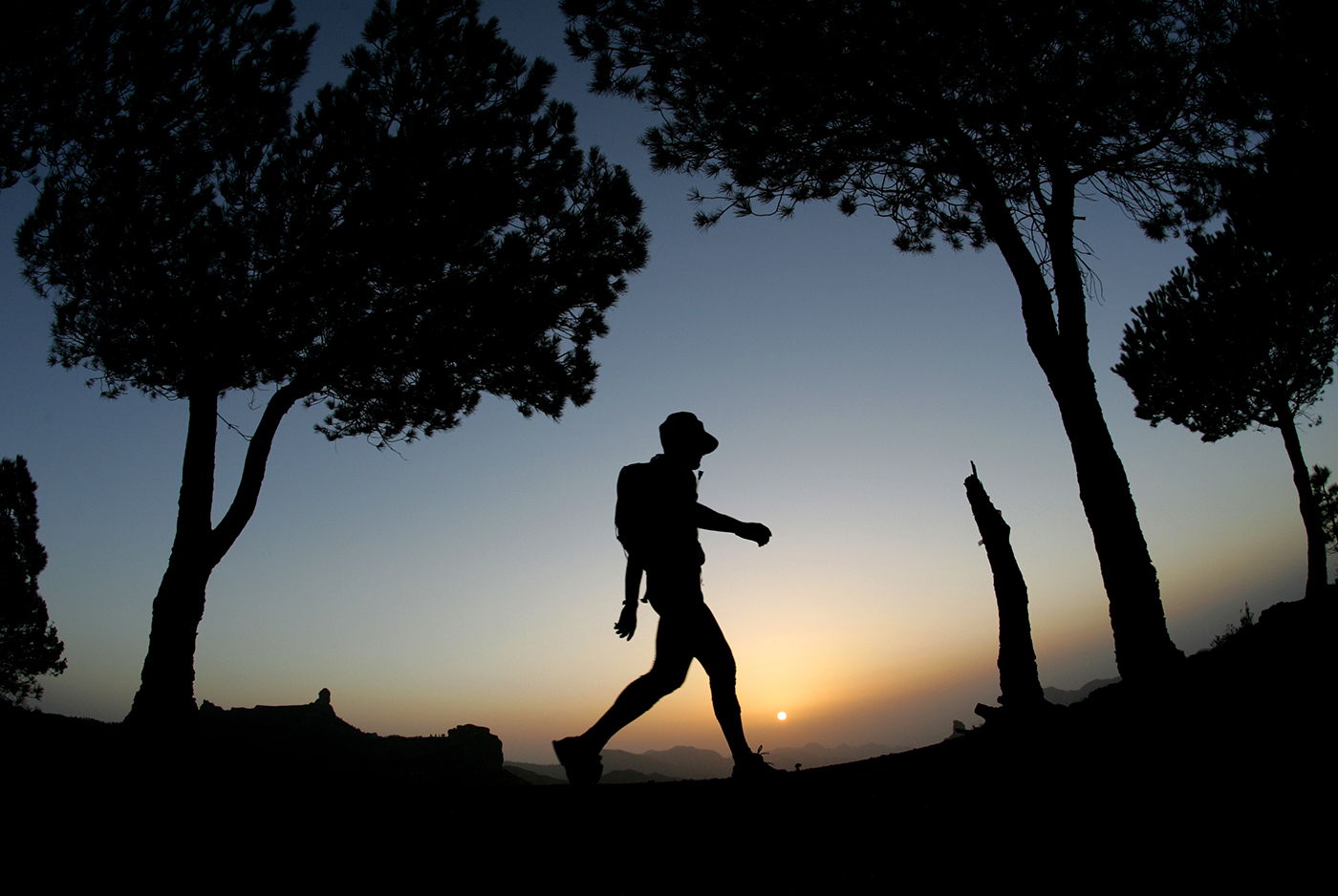 The North Face’s decision to sponsor the race in 2011 was a landmark one for Transgrancanaria. Suddenly the event went global and stood shoulder to shoulder with other TNF events such as UTMB, Ultra-Trail Mount Fuji and the TNF100 in Australia’s Blue Mountains. In other words it became prime-time. That partnership was also a precursor to becoming an integral part of the UTWT — the Ultra Trail World Tour — the international race series that launches with great fanfare this year. For a proud González it’s feels like harvesting the fruits of years of hard labour, ‘We’ve spent many years working very hard and this is a pat on the back that tells us that the work and the things we’ve done, were done well,’ he says. ‘For us it’s an honour that they’ve included us in the series.’ For González, it seems, the dream has become a reality but you get the feeling that just being deeply involved with the sport he adores is what really matters, ‘Transgrancanaria works, not only because we love what we do, but also because we’re runners. We follow all the races worldwide — we support this sport wherever it goes.’