Bruised legs and bruised egos aside, Tromsø Skyrace has been an unequivocal success. The morning following the inaugural event finds race directors Emelie Forsberg and Kilian Jornet basking in the warm glow of an achievement fulfilled. They’ve pulled it off and created an event that has, in some ways, redefined what a mountain race can be. 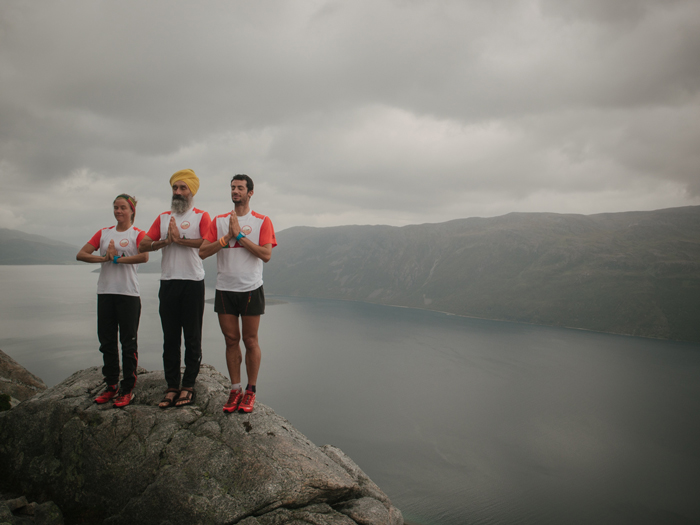 Nothing like a bit of post-race contemplation, with Yogi Tea’s Atma Singh © RunTramp

‘I feel relieved and really happy,’ says Forsberg. ‘I’m so happy that everybody seemed to enjoy it. I loved that the atmosphere back at Fjellheisen [the restaurant perched on a hillside, 400 meters above Tromsø that acted as race headquarters, start and finish area and overall good-vibes zone] was so nice too — everybody stayed for hours talking, eating and coming out to cheer all the finishers — that was pretty special.’ 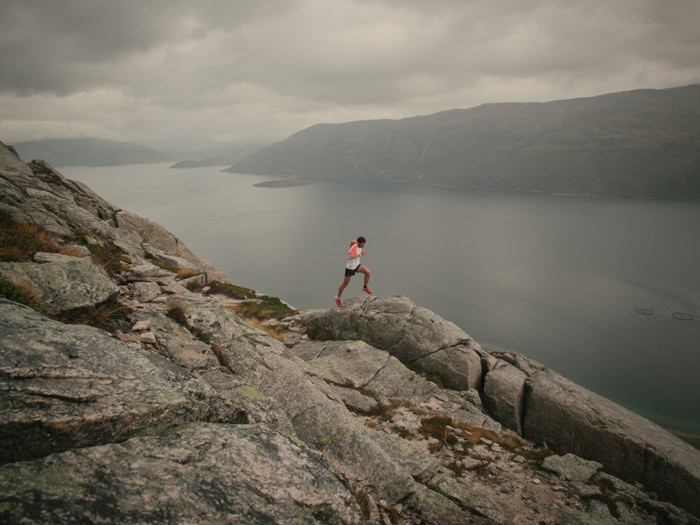 Choosing Fjellheisen as the finish was a masterstroke from the two Skyrunning world champions. Not only was it a cosy place to unwind after the race, the cabin was visible from high up on the last descent from the Tromsdalstinden summit — a beacon of hope in the distance, guiding the weary runners home. The welcome they then received upon arrival was nothing short of exceptional — cheers, photos and a personal escort for the last few meters from Kilian and Emelie themselves. It’s certainly not everyday you get to cross the finish line with either of those two masters. 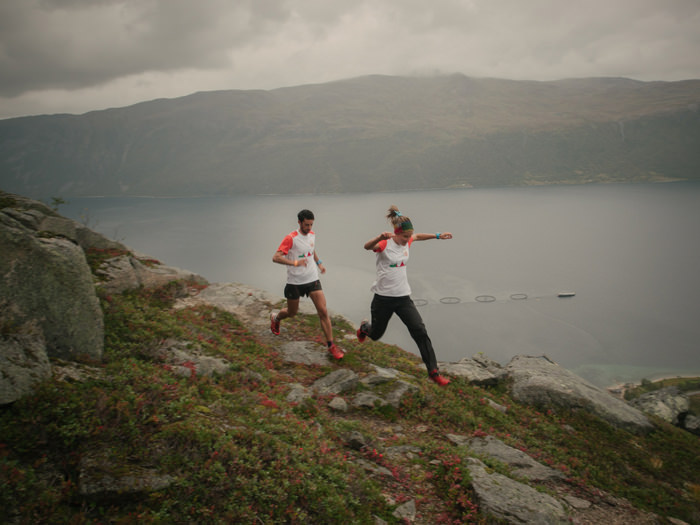 With the passion and drive that Forsberg and Jornet have displayed in getting their beloved Tromsø Skyrace off the ground, it’s no surprise at all to find them, a mere twelve hours later, already dreaming up new challenges for next years edition. Given their pedigree, it’s pretty obvious that adding an Ultra and a Vertical Kilometre would be top of the list. ‘We want to do an Ultra that descends from the other side of Hamperokken [the dramatic second summit on the course] and climbs the next summit, it will add an extra 20k to the 45k race and the descent is just crazy,’ says Jornet, smiling. ‘It’s really steep, really rocky and super-technical. It drops 700 vertical meters. It will be really tough!’ If all goes to plan that Ultra will be nothing short of epic. It’s all about the terrain, the nature, the climate and just the pure gall of these two in even attempting to put on a race that’s so technical and downright gnarly. 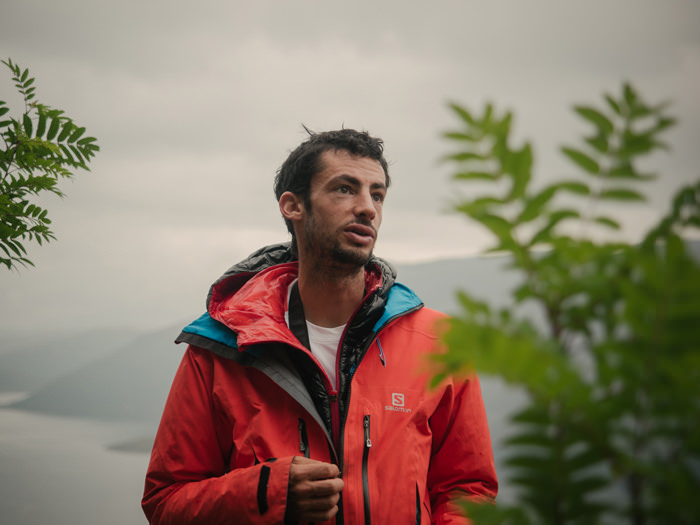 There’s a certain unspoilt rawness, not to mention unlimited alpine possibilities, of the multitude of peaks and ridges around the Tromsø area. It’s pretty much one giant playground for mountain lovers. That, no doubt, is a major factor in what draws Forsberg and Jornet here and why they have nurtured such a strong bond with the area. They’re in their element — like two kids dreaming up cool adventures and Tromsø Skyrace is just their way of sharing the stoke, the fun, with other runners. That’s why they plan on expanding the adventures on offer for next year with the aforementioned Ultra and a 1000 meter sprint to the top of another famous nearby summit. A summit that can give a glimpse of another Tromsø highlight, as Forsberg explains. 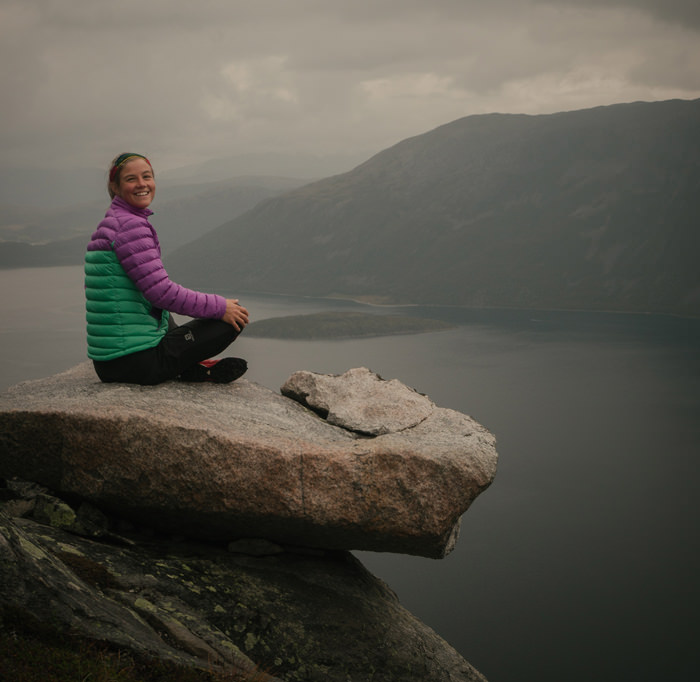 ‘I saw some Orca whales down there last year,’ she says, pointing towards the sea from the VK route on the neighbouring island of Kvaløya. ‘They were only five meters away from the shore chasing shoals of herring, it was amazing!’ The traditional route goes straight up to the base of a rocky, almost vertical, cliff near the summit and then traverses around and up to the top. Emelie, true to form, has an idea for a more direct approach. ‘Maybe we could go straight up the cliff, what do you think Kilian?’ she asks. ‘Hmmm, No I don’t think so,’ he replies, before continuing. ‘It could be possible but maybe not for the race. But I think we should start right by the sea shore though…’ Emelie thinks about it a few seconds, warms to the idea and replies. ‘We could start in the sea, that would be cool…then it really would be sea to sky!’

Stay tuned to the Tromsø Skyrace Facebook page for all the juicy details.